“I know he might hate me and wish to fight me when he sees me, but I am challenging him with facts," said Junior Khanye. 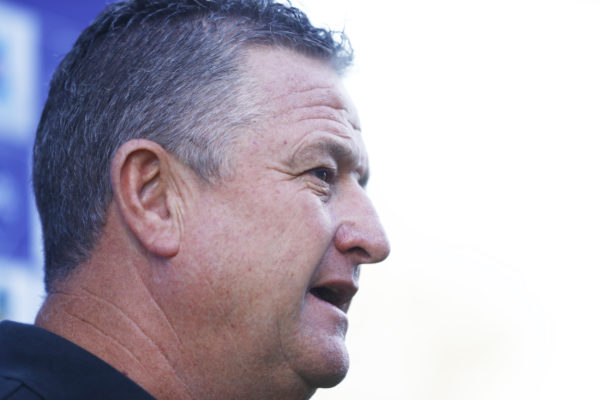 Gavin Hunt has criticised referees after Kaizer Chiefs were held to a draw by Baroka FC. (Picture: Steve Haag/BackpagePix)

Former Kaizer Chiefs player, Junior Khanye says current coach Gavin Hunt will do more damage to the team than his predecessors because of his arrogance.

ALSO READ: I have a contract with Kaizer Chiefs and I have to respect it, says Nurkovic

Khanye was irked when Hunt said that he couldn’t make any changes in the second half of their Soweto derby win over Orlando Pirates on Sunday because he ‘didn’t have anyone on the bench’.

“Such words will divide the team because there will be players who feel they are better than others,” Khanye told Phakaaathi Plus yesterday.

“What does he mean he didn’t have players? What were the those people on the bench? Do they not have running contracts with Chiefs? Are they not Chiefs players?

“I mean, those are the same players who went as far as second place last season but now they are suddenly bad. I am telling you right now, that man is bad for Chiefs.

“I know he might hate me and wish to fight me when he sees me, but I am challenging him with facts. He is killing the team,” said Khanye.

He feels Hunt was being arrogant when he said the players on the bench’ were not quality enough to change the game, because he had just won the derby.

“But that win was a fluke. That goal was more because of Pirates’ defence failing to clear than Chiefs creating it. And (Samir) Nurkovic will not score such a goal anytime soon because he got lucky with that one.”

Khanye said the fact that there are no Chiefs players except for Itumeleng Khune in Bafana Bafana is proof that Hunt is not good for the Naturena side.

“Why is there no Chiefs player? Khune is a star player and is being killed by the coaches because he is playing with people who are uncomfortable on the ball and can’t start the ball from the back,” he said.