“We are happy with the staff we get. With coach Mandla, we have a coach with experience as an assistant coach and experience as a head coach, both sides," said Zinnbauer. 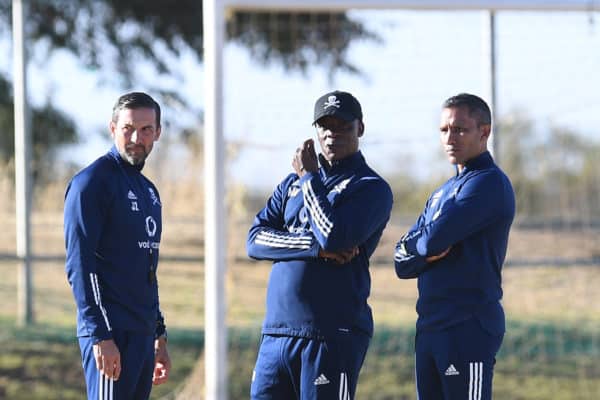 Orlando Pirates coach Josef Zinnbauer is happy with the inclusion of assistant coach Mandla Ncikazi and goalkeeper coach Sjoerd Woudenberg as he gets charges ready for the 2021/22 DStv Premiership season.

The German born coach has been  working with Fadlu Davids only as his assistant coach since the departure of Rulani Mokwena at the club, who went on to coach at Chippa United, before returning to Mamelodi Sundowns.

Also, Woudenberg’s appointment comes after the club had to rely on veteran goalkeeper Wayne Sandilands, who doubled up as shot-stopper’s coach following the departure of Jyri Niemenin last year.

“We are happy with the staff we get. With coach Mandla, we have a coach with experience as an assistant coach and experience as a head coach, both sides,” said Zinnbauer this week. .

“We had a long time without a goalkeeper coach last season, as well as an analyst and fitness coach during the season. My first question to the club was, ‘Please give me another assistant coach and now we have a new assistant coach,” said Zinnbauer.

Zinnbauer added that having more staff in the Pirates technical team helps to keep a good look at the players, especially when other members of the squad are playing in the Caf Confederation Cup, while others remain in the country.

“We can manage the players easily at home and maybe when we travel to Africa. We have quality staff behind us, or behind me. It is important in football.”

Zinnbauer and his charges will have another demanding season with the team going back to play continental football after finishing on third place in the Dstv Premiership last season.

However, now with more heads on the bench, he will be hoping for improvements from their quarter-finals elimination last campaign in the Confed Cup and look for a higher finish in the league campaign.