Brilliant Bafana stun Ghana to get World Cup lift off 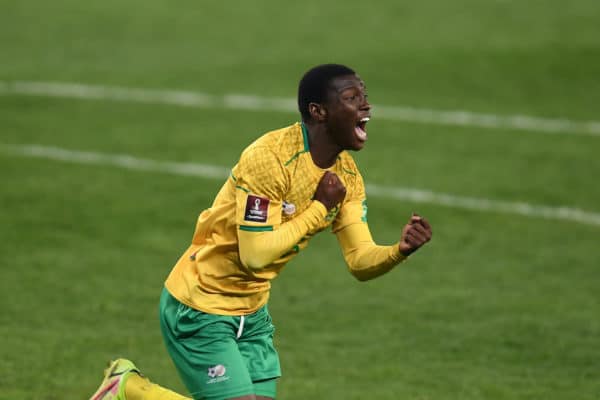 The Maritzburg United forward’s effort beat substitute goalkeeper Lawrence Zigi and went in off the post to grab Hugo Broos’ side a deserved three points against a below-par Black Stars, that might have been sealed much earlier.

Percy Tau was clearly onside when he beat Richard Ofori with a close-range header about five minutes before half time. The assistant referee had other ideas, however, sticking up his flag. In this day and age, it is a shame video assistance is not available at every World Cup qualifier across the planet – this would have been a simple decision to reverse, and for a team not exactly known for being prolific scorers, it was particularly frustrating.

This was compounded when Evidence Makgopa missed a gilt-edged opportunity just after the break.

Teboho Mokoena’s delivery from the right was excellent, but Orlando Pirates goalkeeper Richard Ofori really should have gathered. Instead, the Ghana goalkeeper allowed the ball to slide through his legs.

Makgopa, standing behind Ofori, looked to have the simple task of guiding the ball into an empty net but appeared caught by surprise, stumbled and could only slide the ball wide of target. If he had tried to repeat that trick again, there is no way the Baroka striker would have managed it, and he produced a rueful smile.

Bafana continued to press and Siyanda Xulu could only guide a Tau corner wide, before Tau slid in Hlongwane, whose cross was met with an acrobatic overhead kick from Mvala, but flew inches wide.

Ofori did not have a good game, also dropping a free kick from Teboho Mokoena in the first half at the feet of Mothobi Mvala, but the Mamelodi Sundowns man blazed well wide.

In the end, the Ghanaian ‘keeper had to go off with an injury, and Zigi came on, but could do nothing as Hlongwane pounced. Hlongwane’s selection by Broos, on the back of a good 45 minutes against Zimbabwe, was vindicated, as he performed well all evening, finding space down the left, while Percy Tau was a marked man on the other flank.

Broos made two changes from the goalless draw with Zimbabwe, Ethan Brooks coming into the heart of midfield, and Hlongwane coming in with Gift Links and Luther Singh dropping to the bench.

Brooks was a brave selection in the middle of the park, and was superb, spraying passes around and giving a performance positively bursting with energy. The result, meanwhile, represents a fantastic start to Broos in his first two games on the touchline as Bafana coach, with four points from their opening two matches setting Bafana up perfectly in Group G.