Chiefs coach Baxter to be more patient with misfiring Nurkovic

has been playing a different role coming from the sides this season. 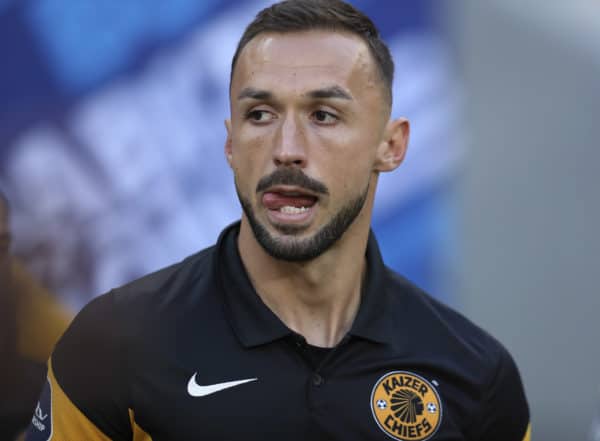 Samir Nurkovic has not scored for Kaizer Chiefs this season. (Gavin Barker/BackpagePix)

Kaizer Chiefs coach Stuart Baxter will neither change Samir Nurkovic’s new role nor bench the Serbian striker who has not scored in the side’s first four games this season.

Nurkovic has been playing a different role coming from the sides this season with Khama Billiat taking a more central role as a false No. 9.

Baxter told a media conference on Thursday that he understands why Nurkovic’s new position is frustrating the supporters but assured them that it is for the good of the team.

“We have got him into more goal scoring positions from that position (that he plays in now). I have watched a lot of videos of him from last season and he was not getting in such positions,” said the British mentor.

“The fans are not interested in a false No. 9 and they want to see results, if the result is disappointing they don’t care how you tried to set up the team. We have to accept that.

“But I can’t shuffle the pack every time the result goes against us. We have got to have more patience and persistence.”

Baxter said he had spoken to Nurkovic about his frustrations with not having scored in the past few games.

“Samir has lived his career as a gold standard, even if he is playing well like he is but if he is not taking them away it causes him frustration. He is waiting for that goal to ease the pressure on himself. I have spoken to him individually to say he is doing well, and as long as he is doing well for the team he will have his place.

“All we can do is talk to him, but when it comes to a time when I feel we need to rest him we will do that. If he wasn’t getting in these scoring places I would rest him. But he is doing a good job and should be a little more patient,” he said.

Chiefs host Royal AM at FNB Stadium on Saturday afternoon in a DStv Premiership match.

With Royal AM hitting hot and cold, Baxter said the best thing for his team is to focus on their own way of playing.