'It is clear that we don’t defend from the defensive line and we don’t rely on goalkeepers much,' said Rulani Mokwena. 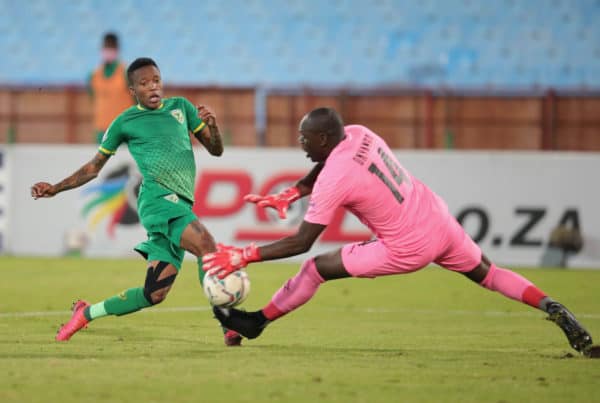 Mamelodi Sundowns coach Rulani Mokwena has explained why his goalkeeper Denis Onyango doesn't have to do much of this. Picture: Samuel Shivambu/BackpagePix

Mamelodi Sundowns co-head coach Rulani Mokwena fell short of saying their goalkeepers are there just because the rules require a team to field at least one goalie and 10 outfield players. Mokwena said Masandawana’s defensive structure is so organized that the men between the posts don’t have to do much in the game.

Sundowns are yet to concede a goal in the DStv Premiership and Mokwena says it is mostly because of the team’s high press, led by the ever-running striker Peter Shalulile.

“It is clear that we don’t defend from the defensive line and we don’t rely on goalkeepers much and this reflects how important our overall organisation is,” said Mokwena. .

“The work that Peter does at the top gives us a safety net, it is not just about the hard work and the concentration of our defensive line, the work starts with our frontline and it is just a continuation because those principles were set last season and it helped us to only lose one match in the league and concede 14 goals. We have got a top team with top individuals and it becomes easier to work on these principles.”

Downs have adopted the latest defensive trend, called ‘rest defence’. Mokwena says they are modelling their approach on that of English Premier League club Chelsea, where the team sets attacks in motion but still maintain their defensive structure. He elaborates:

“What that means is that you are resting in a defensive phase while you are in possession of the ball. You are defending passively but you are in attack and that means being ready to defend but at the same time being in the right position offensively and you are ready to defend when a breakdown takes place. We work on this and it is good that it reflects on the game and on the results.” 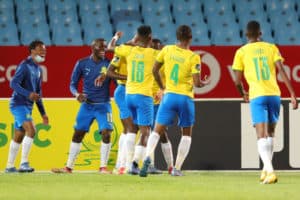 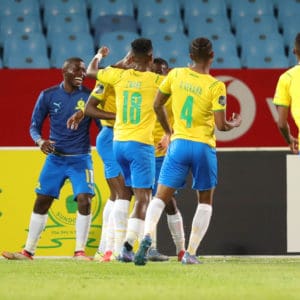