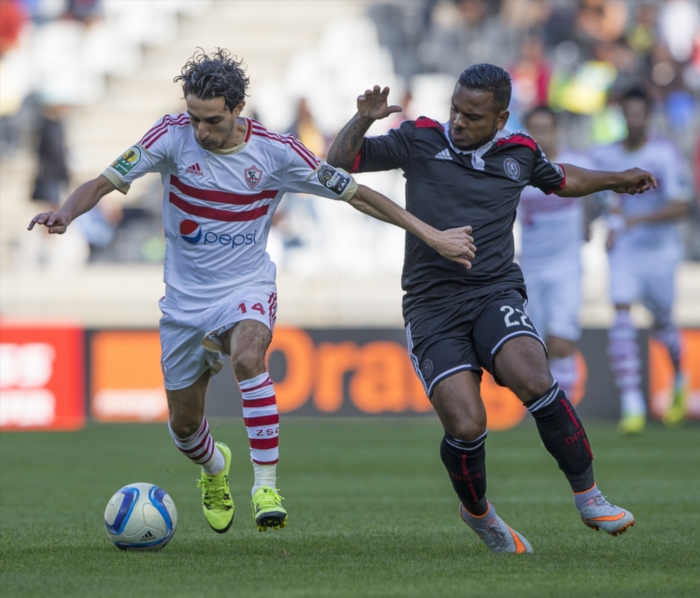 Ayman Hefny of Zamalek and Erasmus Kermit of Orlando Pirates during the CAF Confederation Cup match between Orlando Pirates and Zamalek at Mbombela Stadium on July 11, 2015 in Nelspruit, South Africa. (Photo by Dirk Kotze/Gallo Images)

Earlier reports suggested that Cairo giants Zamalek were looking to sign the striker. The White Knights played the Buccaneers over the weekend in a Caf Confederations group stage match.

In an interview on Metro FM Mbele said the club has not received an offer for the player. “Factually no one has approached us from Zamalek or anybody else for that matter for Kermit Erasmus.”
Mbele dismissed the reports as nothing more than someone “trying to make money or panting for Erasmus to be sold.”

Erasmus is in his final year of his contract with Pirates and has scored four goals in the Caf Confederation Cup.