Mamelodi Sundowns are charged up for their Telkom Knockout match against Chippa United on Saturday night and have been hard at work preparing for the Chilli Boys in midweek. 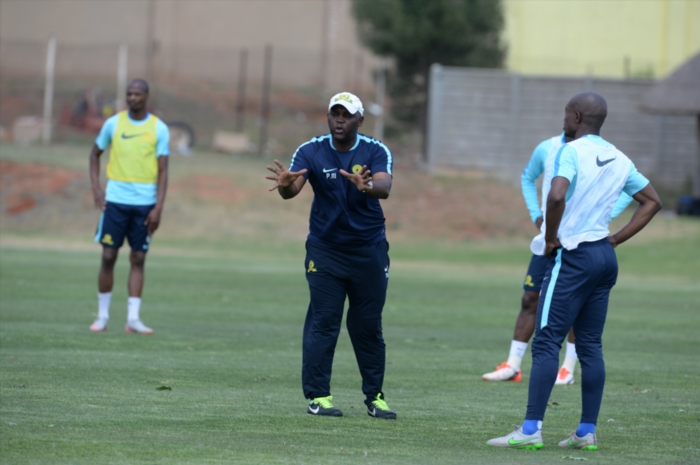 Anthony Laffor has gained an insight into the threat posed by Roger Skhakhane and his men pose, having watched footage of Chippa with his team-mates.

“We have watched videos of Chippa United and I think we can beat them,” said the Liberian forward. Coach Pitso Mosimane made special mention of two Chilli Boys that could trouble the Brazilians come kick-off.

“The coach spoke a lot about (Aristide) Bance and our defence know what to do with him,” said Laffor. Bance is a noted goal poacher  with years of experience, having played in several different countries throughout his career.

Mark Mayambela is also in red hot form at the moment and has been a headache for a number of teams that have come across Chippa this season. “Bance and Mayambela strengthen Chippa United, I will not undermine Bance instead I’ll over prepare for him,” said coach Mosimane.

The Brazilians were practicing penalties ahead of Thursday’s press conference at Chloorkop in case the game goes into a shootout. But Mosimane would like to advance to the quarterfinals  in regulation time.

“Hopefully we win the game in 90 minutes, it’s good to play at home because we win at home,” said Mosimane.