Ntshangase out for six weeks 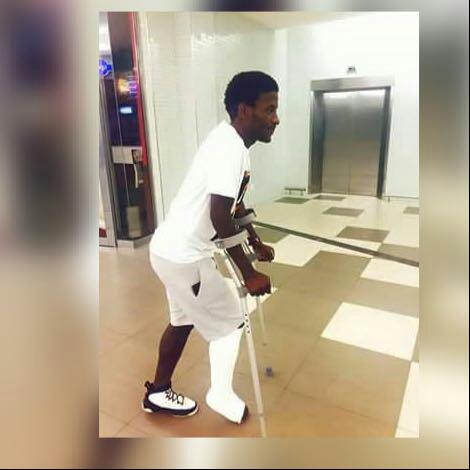 Siphelele Ntshangase of Black Leopards in a cast.

The 22-year-old Ntshangase suffered an ankle injury that will keep him out of the game for six weeks while on duty for this National First Division (NFD) team Black Leopards against Mbombela United last weekend.

He is currently in a short leg cast. It will only be removed after six weeks, which is when he can start the rehabilitation process.

“This is the saddest thing that’s ever happened to me in football. My heart is hurting more than my injured leg because this injury puts a spanner in the works for me. I was feeling that I am getting back to my best, and this happens…”

Ntshangase’s main worry is missing out on a spot in the Amaglug-glug squad that will represent South Africa at the Olympic Games in Rio de Janeiro, Brazil, later this year.

“I know, and it is only fair, that the coaches will select the players based on form at the time. Being out for over six weeks is going to be detrimental to my chances of making the team. I was working hard at getting back on form because I know I didn’t have a good outing at the 8 Nations tournament in Senegal late last year,” he said yesterday.

Tebogo Moloi (no relation to the Orlando Pirates assistant coach) who discovered and brought Ntshangase to Leopards, was fuming yesterday claiming that an Mbombela player had deliberately injured his man.

“Ntshangase was influential when Leopards beat FC Cape Town 5-2 and was just getting back to his old form, and this happens. He told me the guy hacked him from behind, and didn’t even apologise. They must have targeted him knowing that if he went out, they would have it easier on the field,” said Moloi, who is a former Maritzburg United and Bay United player.