A club in Holland made a 'good offer' for this player's services. 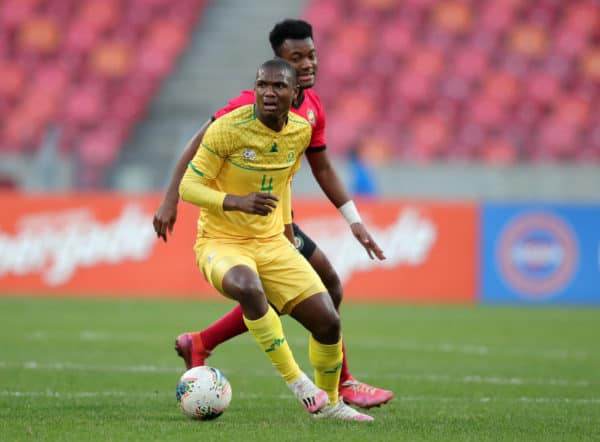 Njabulo Ngcobo had Kaizer Chiefs fans purring after he was announced as the new addition to their team who are in the rebuilding process.

But the 27-year-old’s management team were tempted by a big-money offer from Holland just after he joined, Phakaaathi has learned.

A source close to the players’ manager has revealed that a team from Netherlands has asked about his availability and made a mouth watering offer in the process.

“I got to steal a look at their letter. It has left the manager’s head spinning, because he can see it is a good offer, but he also doesn’t want the player to be distracted at the moment. I couldn’t get the name of the team, … but it s from the Netherlands,” said the source.

“The Netherlands is a good window for big European leagues and the offer can only be tempting because of that,” said the source.

Ngcobo’s manager, Siboniso “King” Ngubane told Phakaaathi that he can neither deny nor confirm the new developments.

“Mine will be to come in if the teams agree, to ensure the players’ demands and needs are also met. But for now I cannot say whether or not there is such an offer,” he said.

Ngcobo has joined Chiefs along with a host of other players as Amakhosi dip their toes firmly into the transfer market again, having served a two-window Fifa transfer ban that did not allow them to get any new signings for the 2020/21 campaign.

Ngcobo is coming off the back of an excellent season with Swallows FC, where he finished up being named the DStv Premiership Defender of the Season.