A source at Gallants says nothing official has been tabled by all the three clubs, but a deal is likely to come out soon. 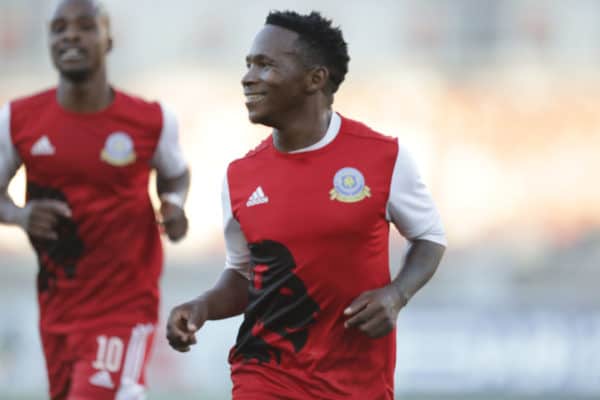 Kaizer Chiefs, Orlando Pirates and Mamelodi Sundowns are said to be in a tussle over the signature of Marumo Gallants midfielder Ndabayithethwa Ndlondlo.

The 26-year-old Gallants midfielder was one of the stars for the Limpopo-based outfit last season, helping the club to their first top flight trophy when they won the Nedbank Cup.

Ndlondlo’s performances throughout the campaign see the former AmaZulu player being closely monitored by the two Soweto giants, as well as Sundowns.

A source at Gallants says nothing official has been tabled by all the three clubs, but a deal is likely to come out soon.

The insider at the club further insider further reveals Ndlondlo would not mind joining either of of the three teams, but more especially, Amakhosi or the Buccaneers.

“Yes, it’s true. They really want to sign Ndlondlo. I think it was Chiefs that started approaching him, before the other two clubs. He had a very good season last year, so, we are not really surprised about all of these teams trying to poach him.

“If they are really serious about signing then they will have to make it official and approach the club. Because I don’t think the management will block a move for a player, that’s if the deal is good. He has been with the club for too long now and they have taken really good care of him. So, there is still time for anything to happen.

“The transfer window is far from closing. Plus, that will also help the coach to prepare for the new season knowing well that he (Ndlondlo) wont be part of the team for the following season,” said the source.

Meanwhile, a source close to AmaZulu FC midfielder Siyethemba Sithebe has revealed that the dreadlocked player’s wish is to play for his boyhood favourite club Kaizer Chiefs, and if an offer came from the Glamour Boys of Naturena he wouldn’t hesitate, but, having blessings at AmaZulu is also important to him.

Sithebe, who recently shone for Bafana Bafana at the Cosafa Cup in Port Elizabeth, has always dreamt of playing for Amakhosi, according to a source close the player.

Will off-the-field issues hinder Pirates' chances of beating Sundowns?
22 hours ago
22 hours ago

Will off-the-field issues hinder Pirates' chances of beating Sundowns?
22 hours ago
22 hours ago