Will ‘over-the top’ Royal AM tone down their flamboyance?

'They want to clear their “mess” because they have been rubbing everyone up the wrong way,' reveals the source 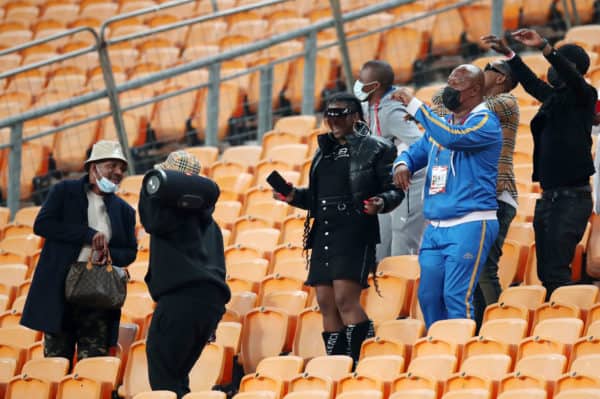 DStv Premiership rookies Royal AM have set tongues wagging with their exuberant conduct off the pitch. Picture: Muzi Ntombela/BackpagePix

Not only has their spirited performances on the pitch caught the eye, Royal AM’s flamboyant and somewhat controversial conduct off it has also grabbed the headlines.

ALSO READ: Royal AM owner splashes the cash on the pitch after win

Following the fiasco that got the KZN outfit in hot water with the Premier Soccer League’s prosecutor Nande Becker, when they handed out hard cash on the field post their derby win over Martizburg United a fortnight ago, the club is said to be looking to change their exuberant approach and tone down their flamboyance.

Phakaaathi has been led to believe that Royal are considering to conform to the procedural standards of the top-flight and could hire a public relations team to help them clear their “mess”.

“At the end of the day, the owner of the club, Shawn Mkhize is a business woman and football for her is a playground. But now they want to clear their “mess” and do things the right way because they have been rubbing everyone up the wrong way,” said a source.