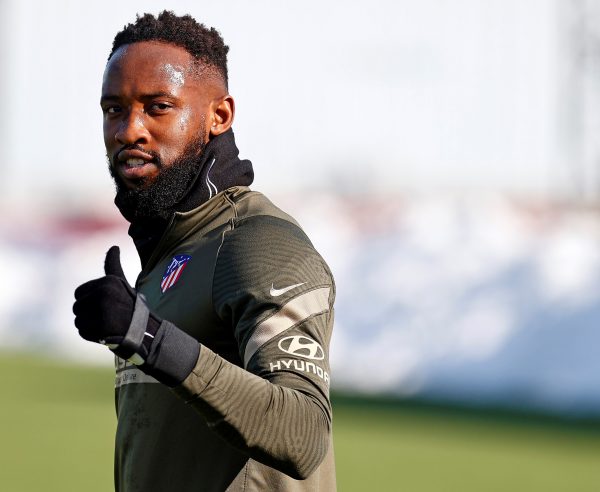 There was no LaLiga Santander action over the weekend, but there were still many storylines from the Spanish Super Cup, the Copa del Rey and beyond.

We take a look at the main pieces of news from LaLiga this past week.

The Spanish Super Cup was held this past week in Andalusia and Athletic Club won the trophy, their first title since winning the same competition in 2015. After overcoming Real Madrid 2-1 in the semi-finals, the team from Bilbao beat FC Barcelona 3-2 after extra time in the final, with Iñaki Williams firing in a winner that’ll live long in the memory.

There were 12 Copa del Rey matches over the weekend, with 12 LaLiga Santander sides taking on opposition from the lower leagues. Real Valladolid, Levante, Sevilla, Granada, Osasuna, Real Betis, Valencia and Villarreal all made it into the last 16, while Alavés, Cádiz, Elche and Eibar crashed out.

Alavés decided to move on from Pablo Machín this past week and they’ve replaced him with their former coach Abelardo Fernández. The Asturian tactician was at Alavés between 2017 and 2019 and coached them in 69 total games across all competitions, winning 29, drawing 14 and losing 26.

SD Huesca have also hired a new coach for the second half of the season, dismissing Míchel and bringing in Juan José Rojo Martín, better known as Pacheta. He led Elche CF to promotion through the 2019/20 LaLiga SmartBank playoffs, but his contract expired and he wasn’t able to coach them in LaLiga Santander. Now, though, Pacheta is coaching in the top tier for the first time since a stint with Numancia in 2009.

In LaLiga Santander, Atlético Madrid and Sevilla FC met at a snowy Wanda Metropolitano, a game that Atleti won 2-0 thanks to goals from Ángel Correa and Saúl. That extended Los Colchoneros’ lead over second-placed Real Madrid to four points.

The league leaders have made a smart addition for the second half of the season, with Moussa Dembélé joining Atlético Madrid on loan from Lyon. The French striker arrives to fill the void left by Diego Costa and has even inherited the No.19 shirt that Costa was wearing until just a few weeks ago.

There was bad news in Real Valladolid this week, as left-back Raúl García Carnero suffered a knee injury that will keep him out for several months. He has required surgery and isn’t expected to be back until next season.

Eden Hazard was awarded this past week with the Belgian 125 Years Ultimate Icon prize, given out by the Belgian football federation. He finished top of the vote, ahead of his Belgium national team colleagues Vincent Kompany and Kevin de Bruyne.

A new deal for Kike García

Kike García is having a great season with SD Eibar and has been rewarded with a new contract. The 31-year-old has put pen to paper on a new deal that will run to 2023. With the striker having netted five LaLiga Santander goals already this season, this news was warmly welcomed in the Basque town.

Manu Sánchez goes out on loan

CA Osasuna are looking for a boost ahead of the second half of the season and they believe they’ve found one in Manu Sánchez. The 20-year-old left-back has arrived at El Sadar on loan from Atlético Madrid, looking for more minutes as he continues his development. Sánchez had played in one LaLiga Santander game already this season for Atleti, even providing an assist in that 2-0 win over Celta Vigo.