"They went crazy after we beat Kenya last November so I expect more of the same if we create history," said winger Said Bakari. 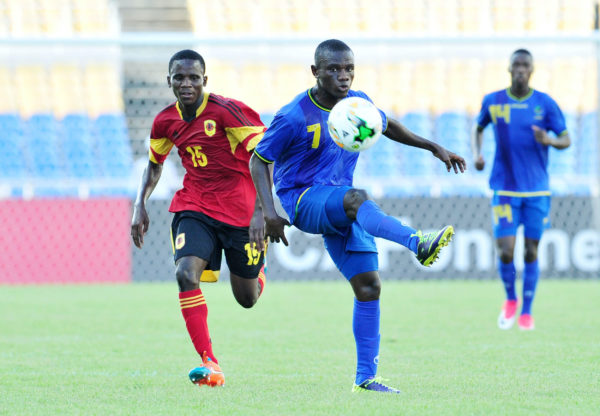 Said Bakari (c) could well be playing in the next Afcon with the Comoros. Picture: Samuel Shivambu/BackpagePix

Comoros winger Said Bakari expects the people of the small African island state to go “crazy” this week if they reach the Cup of Nations finals for the first time after hosting Togo.

“They went crazy after we beat Kenya last November so I expect more of the same if we create history,” said the Netherlands-based winger.

“It is a wonderful feeling representing a nation knowing that everyone – young and old, male and female – is willing you to succeed.”

The Comoros debuted competitively in 2010 World Cup/Africa Cup of Nations qualifying and have improved consistently since suffering heavy home and away losses to Madagascar then.

Egypt and the Comoros have eight points each with two Group G matchdays remaining between March 24 and 30, Kenya three, and Togo are out of the running with just one.

A draw will ensure the Comorans go to the 24-nation tournament in Cameroon next January, and even a loss would not prevent them qualifying unless Kenya beat Egypt in Nairobi.

In the unlikely event of Kenyan and Togolese victories, the two qualifiers will be decided early next week when Egypt host the Comoros and Kenya play in Togo.

Bakari is confident there will be no heartbreak for Comoran supporters: “Coach Amir (Abdou) has created a mentally strong and professional squad. We will make it.”

Here, AFP Sport highlights five of the most appealing matchday 5 fixtures as the struggle intensifies to join already-qualified Algeria, Mali, Senegal and Tunisia and hosts Cameroon.

The Comoros began their qualifying campaign with a shock win in Togo in October 2019 thanks to a goal from Faiz Selemani.

A draw with record seven-time African champions Egypt and a draw and victory over Kenya followed, leaving them trailing Liverpool star Mohamed Salah and his Pharaohs only on goal difference.

Stability has been a key factor in the growth of the team from south east Africa with Marseille-born Abdou in charge since 2014.

The Gambia is another country hoping to qualify for the first time, although they cannot achieve the feat in matchday 5 without help from fellow Group D leaders Gabon.

If the Gambians win at home to bottom side Angola and the Pierre-Emerick Aubameyang-led Gabonese defeat the Democratic Republic of Congo in Franceville, both countries will secure places in Cameroon.

But if either home team fails to collect maximum points, two-time Cup of Nations winners DR Congo will come into the reckoning.

Equatorial Guinea were automatic participants at the 2012 (co-hosts) and 2015 (hosts) tournaments, but have never made it to the Cup of Nations through qualifying results.

That will change this week if they use home advantage to defeat Tanzania in a clash between the second and third-place Group J teams.

The Equatoguineans are favourably positioned thanks to two victories over Libya with former West Ham United midfielder Pedro Obiang among the goals.

Shock 2012 African champions Zambia are facing the humiliation of failing to qualify for three straight Cup of Nations tournaments as they prepare to host in-form title-holders Algeria.

The Algerians have won 16 matches and drawn six in all competitions since losing a 2019 Cup of Nations qualifier in Benin and trounced the Zambians 5-0 when they met 16 months ago.

Debutants Madagascar were the surprise side of the 2019 Cup of Nations in Egypt, shocking three-time champions Nigeria before weariness led to a quarter-finals defeat by Tunisia.

Frenchman Nicolas Dupuis coaches a team that are well placed for a second successive appearance as they trail Group K leaders the Ivory Coast only on goal difference.

But Ethiopia, one point behind the pacesetters, are formidable at home, shocking the Ivorians with Shimelis Bekele the match-winner and firing three unanswered goals past Niger.