Guardiola on the brink of exorcising Champions League demons

Victory over Chelsea in Porto would take Guardiola level with Zinedine Zidane, Carlo Ancelotti and Bob Paisley as the only men to win three European Cups as coach. 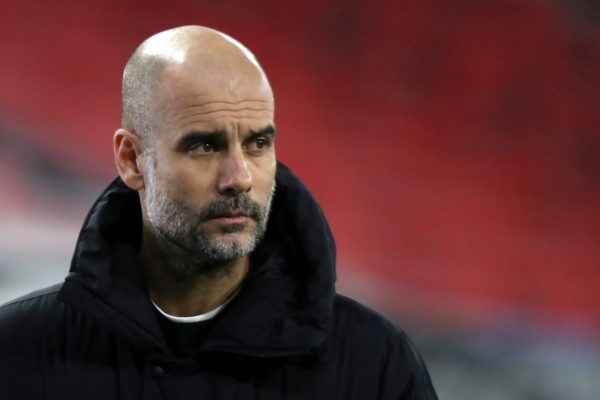 A decade on from when he last lifted the Champions League trophy, Manchester City manager Pep Guardiola is once again in the final and is looking to back up his claim to being the greatest coach football has ever seen.

Victory over Chelsea in Porto would take Guardiola level with Zinedine Zidane, Carlo Ancelotti and Bob Paisley as the only men to win three European Cups as coach.

The 50-year-old’s record in 12 seasons at Barcelona, Bayern Munich and City speaks for itself. Among his 26 major trophies are nine league titles, three in each of Spain, Germany, England, and nine domestic cups.

At his boyhood club Barca he also conquered the Champions League in two of his first three seasons.

But since masterminding one of the greatest ever performances in a European final to sweep aside Manchester United 3-1 at Wembley in 2011, Europe’s top club competition has been the one blot on Guardiola’s record.

Newly-crowned European champions Bayern expected a dynasty when the Catalan arrived in Bavaria fresh from a year’s sabbatical in 2013. Instead, Guardiola’s Bayern suffered semi-final heartache to Spanish opposition in each of his three seasons in charge.

City’s determination to create the perfect project to lure him to Manchester by appointing his former colleagues at Barcelona, Txiki Begiristain and Ferran Soriano, to top jobs at the Etihad Stadium has been fully vindicated with three Premier League titles in the past four years.

“They have an incredible squad and the best manager in the world and that makes it a good recipe,” said Liverpool boss Jurgen Klopp after City dethroned his side as English champions.

Chelsea manager Thomas Tuchel is also a Guardiola disciple, labelling City “the benchmark” for the Blues to aim for.

Guardiola has been so revered because he brings a style to go with the substance of hoarding trophies.

“He’s had, arguably, the most positive influence of anyone, ever on our game,” said former England striker Gary Lineker on how Guardiola has shaped a change of style in English football more reliant on technique than tenacity.

Yet the Champions League continued to bring out the worst in Guardiola as persistent tinkering and surprise team selections saw him labelled as a coach guilty of overthinking a series of knockout ties.

City did not even make it beyond the quarter-finals in his first four seasons in charge as a combination of wasteful finishing, defensive errors and controversial refereeing calls repeatedly combined to cost them.

That has all changed this season with the signing of Portuguese centre-back Ruben Dias helping City to boast the tightest defence in the Champions League, while Guardiola’s use of a system without a natural striker has not stopped City scoring four goals in each of their knockout ties against Borussia Monchengladbach, Borussia Dortmund and Paris Saint-Germain.

“We are quite a similar team from in the past when we were out,” said Guardiola this week. “The margins are little details. This year it fell on our side when for many years it was the opposite.

Winning the Champions League has been the long-term goal for City’s Abu Dhabi owners since Sheikh Mansour’s takeover transformed the club 13 years ago.

In their 10th season in the competition, City have finally made it to the final. A decade of disappointment for both the the club and their manager will be quickly forgotten if they make history on Saturday.