Lize loses out at Idols

In a nail biting episode of Idols SA, Lize Mynhardt became the last idols contestant to be voted off the show before the finale.  The 21 year old Stellenbosh University student made it to the top three along with Bongi Silinda and Vincent Bones. 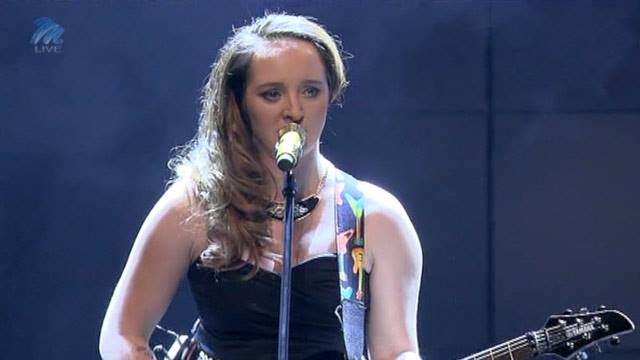 Despite the fact that Myhardt was musically talented (with the ability to play more than five instruments) she wasn’t always a crowd favourite. But judges Unathi Msengana, Randall Abrahams and Gareth Cliff always had words of encouragement for her.

“You have so much talent,” said Cliff a few weeks ago, “You are truly special.”

When Msengana first heard Mynhardt sing she said, “You rock my world and I hope South Africa gets to experience you in abundance because we deserve it.”

Abrahams said Mynhardt should be careful of being “too perfect” as it could deter people from voting for her.

The show’s host, Proverb, said Myhardt’s elimination has been “the most heart wrenching this season.”

“I made it to the top three, so I’m very proud of myself,” said Mynhardt. “Being on this competition for as long I have been has been the biggest privilege”.

“I feel honoured to have met all of the people I met on the show. I’ve worked with some of the best professionals in this country and that is what I will take away from competition.”

Finalists Vincent Bones and Bongi Silinda went on to perform three songs each. Next week the winner of Idols SA will be announced as the winner in the show’s grand finale.