Attack of the Strawberries (abbreviated to AOTS) is something of an enigma. 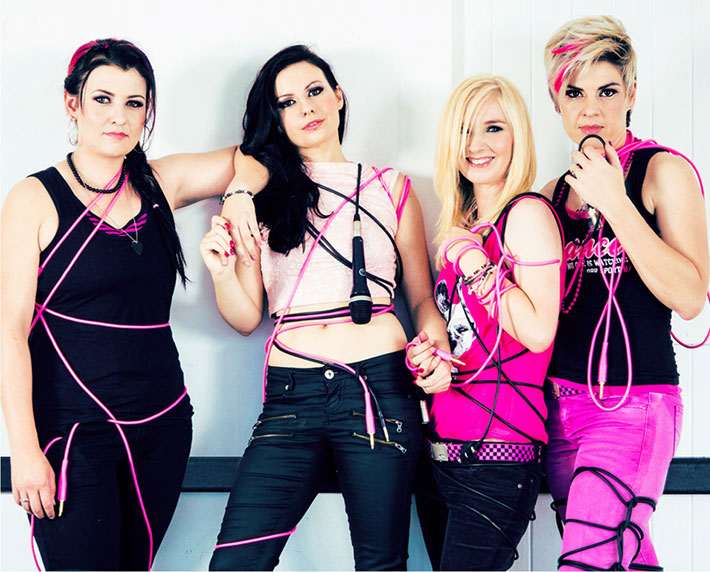 All-girl groups rocking the stage with their own instruments are rare, but finding a group that managed to escape the music label manufacturing line that demands short mini-dresses and overtly sexual lyrics is even rarer. But here they are, Attack of the Strawberries – a group of four dynamos who have made a foe out of studio tricks such as auto-tune and backing drums.

“We actually played at a show once and a producer came to us and said if we changed our style, they could really offer us something. We said no,” bassist Lee Jevon-Denner laughs. The group released their first album, All Over the Show, last month and did it in a peculiar way – they did it themselves. No producers, no label backing them and, above all, no synthesisers.

That is their niche. “We’re also annoyed when we go to shows and don’t know if they’re singing or who is playing what instrument,” Jevon-Denner says. Band mate and lead vocalist for the group Charlie Vallow agrees. “It’s like you’ll stand there and hear violins for instance, but no one on stage is playing it. We’re all about real live music,” she says.

According to the group, all their harmonies are the same live as on the album. A lot of this has to do with the fact that these girls are music personified. They know what they’re doing. Lead guitarist Mia Bester is self-taught, but as a freelance graphic designer, leaves enough time on the clock to ensure her strumming skills never slip.

Drummer Marzé van Zyl is a music teacher and trained on the piano. She has mastered the guitar too. Vallow, on the other hand, provides lead vocals and plays base. She sometimes also jingles the tambourine for good measure. Vallow also teaches music at intermediate and university levels. Jevon-Denner doubles as a manager for the group. She attributes this to the fact that she’s the only one with a corporate job (at a bank) – but that hasn’t killed her instincts on the bass guitar. 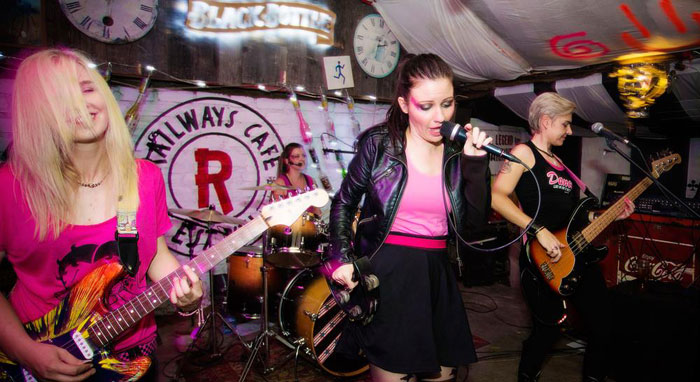 The group started as a cover band, singing a mix of Amy Winehouse, Paramore and Adele. Their love for a mix of sounds led them on the path where they realised they needed to record themselves.

“We always stop what we’re doing and try things in different ways. We all want to agree on what we do,” Vallow says. That drive for finding common ground translated well while recording. From their style to their sound – they decided on what they liked.

“We never necessarily intended to be an all-girl band or end up doing everything ourselves. It’s just what happened,” Bester says.

Being steadfast and headstrong, however, translates well in their songs and these women aren’t presenting angst-ridden “I-don’t-have-a-boyfriend” music – they’re telling their stories instead. The fact that it is presented as contemporary pop-rock is a bonus. It’s a familiar sound, but lyrically there is depth.