Stuart Baxter has suggested he will be bringing in younger players following a dismal 2018 World Cup qualification campaign which ended with Friday's 2-0 defeat against Senegal at the Peter Mokaba Stadium. 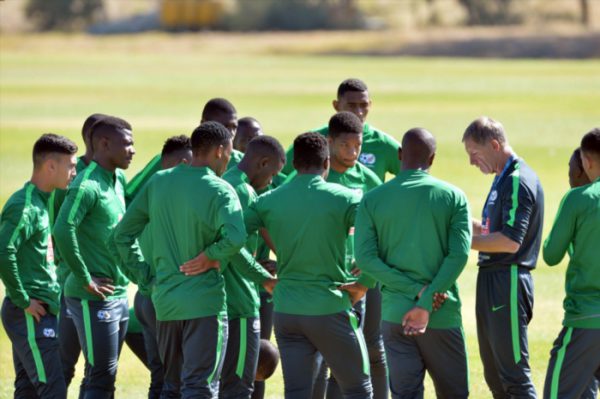 In his quest for securing a spot in Russia next year, Baxter had relied mostly on tried-and-tested players and even went as far as recalling Siphiwe Tshabalala back for last Friday’s match.

But that has not helped and Baxter said he will be looking at phasing out some senior players going forward but cautioned against making wholesale changes and throwing the youngsters into the deep end.

“Is Shabba in my plans going forward? Probably not,” said Baxter. “There are also a few other senior players to be phased out over the next few games. The players you bring in have got to be brought in at the right time; they have got to be given the right experience,” he said.

Baxter also clarified his mandate since taking over Bafana earlier this year.

“But as a professional I know that if I have a nightmare at either competition then I will have to go. There will be no need to chase me out because if I don’t think progress has been made on any front, then I would not want to stay in the job.”

Baxter also felt all was not lost and that there have been positives which can be carried forward from the World Cup qualifying campaign.

“There are a lot of positives to take from all the games we have played. We have to look at whether are we making any progress: with the team, the way they are playing; the squad: look at whether they are developing.

“And you have to look at the bigger picture and say ‘are we going in the right direction?’. If the answer is a blatant no, then we have to take a long hard look at what we are doing,” he said.

Bafana will play Senegal again tomorrow in what is now a dead rubber but Baxter said the players should be motivated by wearing the national colours and giving a good performance.

READ: No one said I should pack up and go if we fail to qualify – Baxter