Playing Chiefs is a ‘new dawn’ for Eagles – Mohafe

'We are playing a team who are on fire. A team on the summit of the Premiership log and we are on the foot of our log,' says Phuthi Mohafe. 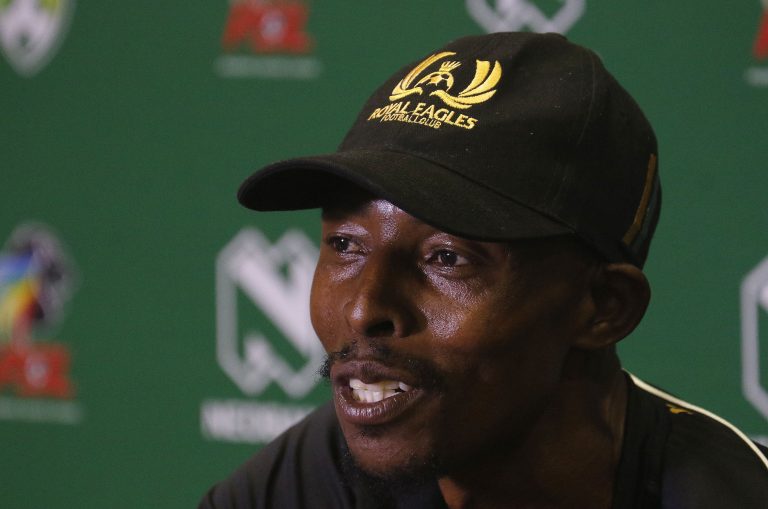 The Eagles coach got his wires crossed when he greeted the media by saying good morning even though the media conference was held after 12pm. When corrected, he said he insisted on saying ‘morning’ “because it is a new dawn for us playing a big team like Kaizer Chiefs”.

If Royal Eagles coach, Phuthi Mohafe’s tactics are as sharp and adaptive as his tongue, then Kaizer Chiefs are in for a hard evening when they host the GladAfrica Championship strugglers at FNB Stadium for their opening Nedbank Cup match on Saturday at 6pm.

“We are playing a team who are on fire. A team on the summit of the Premiership log and we are on the foot of our log. When you check, you say ‘how is he going to do it? How can you beat a team that is on fire while you are struggling?’ But you forget that we are playing a cup match,” said the 45-year-old.

“With cup matches like this one, it is like the FA Cup of England. Everybody showcases their talents, everybody tries to impress so they can be signed, especially the players who want contracts with the big teams.

“The preparations went well, and we don’t have any injuries. We have just been preparing based on how Chiefs play, but also not forgetting to penetrate those walls of Jericho. It has been a 50-50 kind of situation for us.

“We don’t need to forget that what is happening in our league. We don’t want to go there saying the guys are motivated when they will be demoralised by a beating from Kaizer Chiefs,” he said.