Da Gama says ‘no excuses’ as he looks to improve Galaxy

The Rockets have had it tough in the DStv Premiership, with the side having only recorded one victory in their last 11 matches. 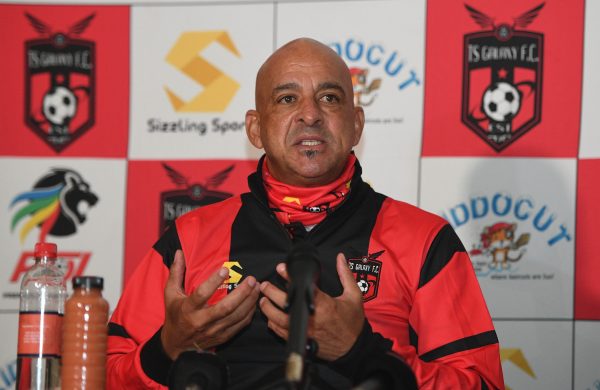 It wasn’t the best of starts for Owen da Gama in his tenure as TS Galaxy coach, losing his first match 1-0 to Chippa United at Mbombela Stadium, but the former South Africa Under-23 coach says he knows what he has to work on to get the team to their best.

The Rockets have had it tough in the DStv Premiership, with the side having only recorded one victory in their last 11 matches.

Their poor display has placed the club second from the bottom of the league standings with eight points, but Da Gama is certain that they can do better.

“Obviously I had to be informed by the assistant coaches (in making substitutions), they know the players better than me. I had to see whose got what. At training is different and in the game is the real deal. So, I had to give them an opportunity to help me make changes and I have a clear idea of where we are going, what we can do and how we have to improve. There is no more excuses now, we’ve seen enough to be able to go to another level,” said Da Gama.

“They (Chippa) started well, but we ended very well. And I think we took control of most of the game. The goalkeeper only had two saves to make, that’s all. We didn’t have a busy day. But we kept on trying and pushing. So, all we have to do now is work harder. When games come we have to work harder.

“It will automatically work out. But once you drop your head…I see a lot of players drop their heads, they make a mistake and drop their heads but we try to encourage them. We got to have a culture where we work from the first whistle to the last whistle.”

The Galaxy coach identify the players fitness levels and strength as some of the things that he has to work on in order to getting positive results.

“The fitness level, I’m not very happy with that. The strength, I’m not happy with that. So, yes, we have to try and fix a lot of things. We will definitely go to another level, there is no doubt about it,” he added.

“There is a lot of promising stuff, a lot of positives from this game (against Chippa). It just needs some fine tuning and we will improve. The boys are under tremendous pressure, we have to understand that. It’s not nice to play under pressure, so we are going to try to lift them up and get their confidence (back).”