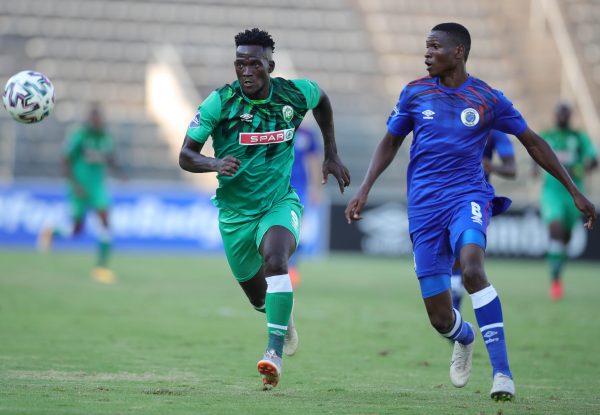 SuperSport United fluffed an opportunity to go level on points with DStv Premiership pace setters Mamelodi Sundowns after they could not beat AmaZulu FC on Wednesday evening at the Lucas Moripe Stadium as the match ended in a 1-1 draw.

SuperSport’s backline was reduced to spectators in the 33rd minute when Luvuyo Memela showed his class and skill with a beautiful pass to Sphelele “Shaka Zulu” Mthembu, who calmly slotted past SuperSport captain and goalkeeper Ronwen Williams.

United coach Kaitano Tembo had had enough of seeing his team chasing shadows for most of the first half and he decided to make changes to his midfield, introducing Jamie Webber in the place of Kudakwashe Mahachi, who was deployed at the centre of the park. Tembo continued to ring the changes as his side appeared to be struggling.

Sipho Mbule and Gamphani Lungu were the next to be substituted  as Oswin Appollis and Lucky Mohomi made rare appearances. However, Benni McCarthy’s side continued to dominate the proceedings with the likes of Sinethemba Sithebe and substitute Phakamani Mahlambi being menaces for The Spartans defence.

Something eventually went right for the hosts who were awarded a penalty in the 77th minute after veteran defender Mario Booysen – who came off the bench – was adjudged to have dragged Thamsanqa Gabuza down with him and referee Phillip Tinyani did not have to think twice about pointing to the spot.

Bradley Grobler stepped up to net his 11th goal of the season.

Matsatsantsa A Pitori will continue their quest for the championship this coming weekend when they travel to Venda to face TTM in Thohoyandou while McCarthy’s side will also be trekking to the province up North to confront Baroka FC who won 3-0 away at Stellenbosch FC.

In other results, TS Galaxy registered their first win since Owen Da Gama took over from interim coach Zipho Dlangalala as his side beat Ersnt Middendorp’s struggling Maritzburg United by 3-0 at the Harry Gwala Stadium.