"I'm happy to be here, my new team-mates seem nice, the weather is quite hot as well - a big difference to Germany, I came here from snow," said the newly signed goalkeeper after the was unveiled by the Team of Choice. 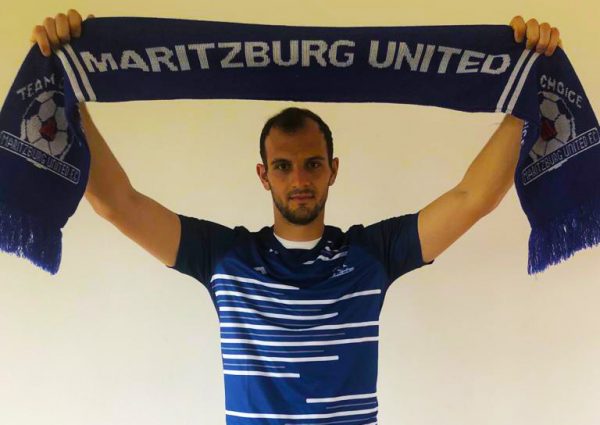 Maritzburg United have announced the arrival of German goalkeeper Marcel Engelhardt. The goal minder signed a two-and-half-year deal with United. He joins the Team of Choice from Eintracht Braunschweig, which is one of the oldest clubs in Germany that now campaigns in the Bundesliga 2.

The 27-year-old is a graduate of the Braunschweig academy and had been with the club since 2013 before leaving the German side in 2021 to join the KZN side in the January transfer window.

Unitedsigned Zambian international goalkeeper Sebastian Mwange at the start of the season after the departure of Richard Ofori from the club. Ofori joined Orlando Pirates after Buccaneers chased the goalkeeper for two seasons.

Mwange struggled to cement his place in United’s starting lineup at the start of the 2020/2021 Dstv Premiership campaign conceding goals and forcing the coach to relegate him to the bench.

Coach Ernst Middendorp relegated the Zambian goalkeeper to the bench, fielding Bongani Mpandle in his place. The arrival of Engelhardt means Mwange might fall down the pecking order at the club.

Engelhardt is happy to join his countrymen Middendorp at United. He revealed the former Kaizer Chiefs coach was instrumental in him joining the PSL side.

“I’m happy to be here, my new team-mates seem nice, the weather is quite hot as well – a big difference to Germany, I came here from snow,” Engelhardt told the United website.

“I had a few calls with coach Ernst and he convinced me to take this trip to South Africa to join the Team of Choice. I didn’t have to think about it a lot, I just packed my stuff and came here.

“It’s very sad there are no fans right now,” he added. “But I hope that soon it will be possible and we can celebrate some wins together.”