Sundowns made to sweat by Stellies in five-goal thriller

Shalulile nets the winner deep into extra time to send Masandawana through. 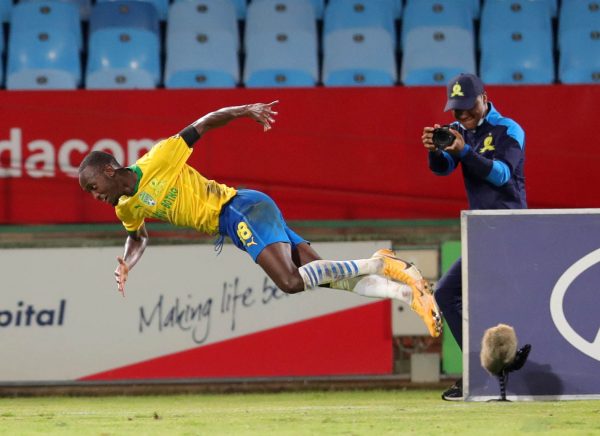 Peter Shalulile scored the winner in the second half of extra time to help Sundowns to a 3-2 winner over Stellenbosch FC in the Nedbank Cup last-32 at Loftus Versfeld.

Sundowns conceded the first of two goals as a result of casual passing at the back when Rivaldo Coetzee, who is usually so assured, gifted Ashley Du Preez a golden opportunity in the 12th minute. Du Preez was on high alert to intercept Coetzee’s tame pass, intended for Ricardo Nascimento.

Much to the relief of Sundowns defenders, the hard-running Du Preez did not finish the first-half as Stellies coach Steve Barker was forced to substitute him because of injury. Lelethu Skeelem came on and continued where Du Preez left off, but this time around Mosa Lebusa did just about enough to keep him in his back pocket.

Sundowns levelled matters  in the 16th minute and it was the on-form Peter Shalulile who found the back of the net for the eighth time in all competition this season. If he could, Shalulile would have kissed the right boot of his teammate Lebohang Maboe, who delivered a top-shelf pass to find Shalulile on his bike, beating Stellies’ defence as they looked to contain Downs’ attack with the offside trap.

In the 70th minute, the shoe-shine and piano brand of football was in full flow and the likes of Themba Zwane, Shalulile and Sirino did everything right, but Sage Stephens was not going to have them dance on his watch. He first parried Zwane’s attempt, which fell for Shalulile. Stephens had to use his manhood to make sure Shalulile did not beat him for the second time.

In the end, Man-of-the-Match Shalulile had the last say late into extra-time, making sure that Sundowns kept their title defence alive as they marched into the last-16. 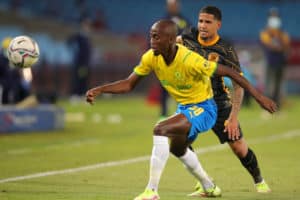 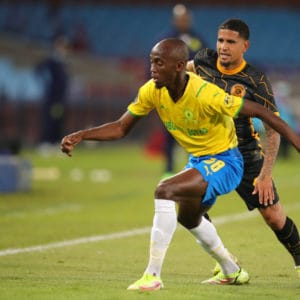