"I am going to at all times make a humble contribution to use sport to unite all Africans," Motsepe told a press conference. 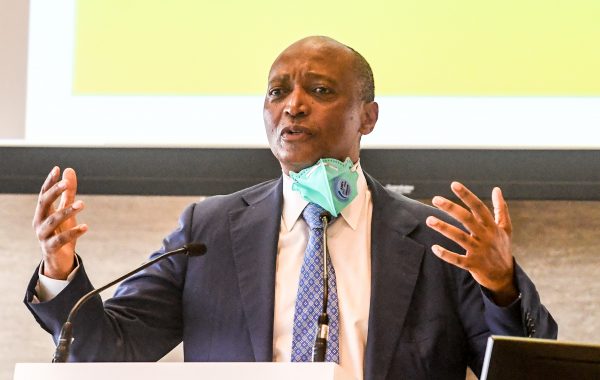 One of four candidates for the post, the owner of 2016 African champions Mamelodi Sundowns unveiled a 10-point manifesto at a plush convention centre ahead of the March 12 elections in Morocco.

“I am going to at all times make a humble contribution to use sport to unite all Africans,” Motsepe told a press conference.

“We will succeed and make African football globally competitive. The test for me… is what the results are going to be two, three, four years from now,” he said.

The billionaire denied that he would seek to move CAF headquarters from Cairo to Johannesburg if elected, saying it was important to acknowledge “the history, the pride and the good work of the people of Cairo”.

South African Sports Minister Nathi Mthethwa and the presidents of the Nigeria and Benin football associations, Amaju Pinnick and Moucharafou Anjorin, were among those backing Motsepe in Johannesburg.

Motsepe is running against Jacques Anouma of the Ivory Coast‚ Augustin Senghor of Senegal and Mauritanian Ahmed Yahya for the presidency.

He believes Motsepe’s experience in business, football and youth sport development made him an ideal candidate to bring transformation, accountability and transparency to a body formed in 1957.

“We have a leader who is not part of that past, a leader who can generate confidence, bring financial stability,” said CAF third vice-president Jordaan.

“We are presenting a difference-maker.”

Focusing on policy development, Motsepe outlined plans to use soccer to develop women’s soccer, invest in infrastructure across Africa, and boost tourism and business.