Pirates wary of cup upset as they travel to Maritzburg

Black Leopards also take on AmaZulu in the last 16. 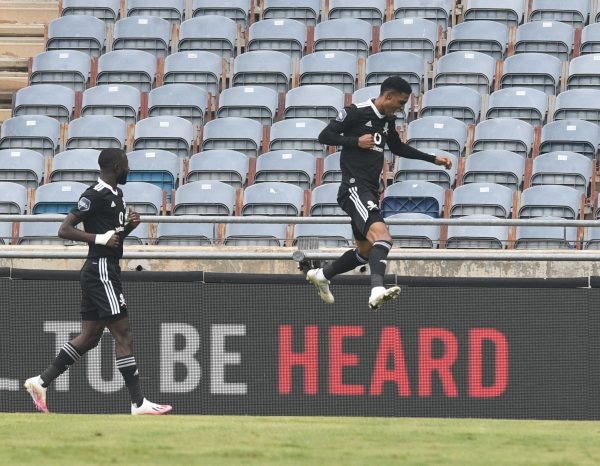 Orlando Pirates fans will be hoping for more of these kinds of celebrations against Maritzburg United on Saturday. Picture: Sydney Mahlangu/BackpagePix

Orlando Pirates are away in cup action on Saturday, facing the potential of being upset as they take on feisty Maritzburg United, a side with nothing to lose. More details at www.soccer6.co.za

M1 Bournemouth vs Watford: Three of the past four meetings between these two clubs have been drawn with Watford winning the other 3-0 away when both were still in the Premier League.

M2 Manchester City vs West Ham United: The 1-1 draw between these clubs in London in October ended a 11 match winning streak over the Hammers for Man City.

M3 Black Leopards vs AmaZulu: Leopards won a morale bosting victory at Golden Arrows on Tuesday. This cup tie gives them a chance to build on that momentum.

M4 Eibar v Huesca: Key battle in the relegation fight in La Liga where Einar have 21 points in 17th place and Huesca 19 points in 20th and last slot, reflecting how tight things are down in the basement of the Spanish league.

M5 Spezia vs Parma: Spezia toppled AC Milan off the top of Serie A in their last home match. Parma’s draw with Udinese last weekend ended a run of five successive defeats.

M7 Sevilla vs Barcelona: Sevilla beat Barcelona 2-0 at home earlier this month in the first leg of their Copa del Rey semi-final and look to do the same in the Spanish league. They meet again in Barcelona next week in the cup semi second leg.

M9 Leeds United vs Aston Villa: Leeds won 3-0 at home to Southampton on Tuesday. Villa have a single win from their past four matches in the Premier League and are just one point above Leeds in the standings.

M10 Newcastle United vs Wolverhampton Wanderers: These clubs have drawn their past four meetings 1-1, three times at Molineux and once at Newcastle.