SuperSport United squandered a chance to move level on points with DStv Premiership leaders Mamelodi Sundowns when they lost 1-0 to an AmaZulu side that is chasing the dream of a top-four finish in the league. 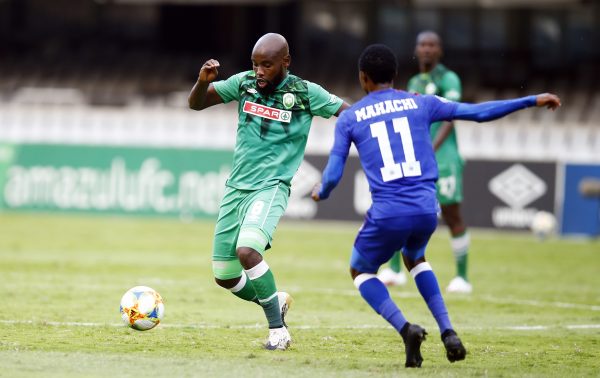 The frustrated capital city-based team have now gone three games on the trot without a favourable result as they drew their previous games against Kaizer Chiefs and Orlando Pirates.

Veteran defender Onismor Bhasera’s stray pass led to Siphelele Mthembu’s second league goal of the season as he fired the hosts into the lead in the first-half, scoring past Ronwen Williams after he was found by Augustine Mulenga in the box.

The first stanza did not have much to write home about as the second-half saw more action and more effort from the visitors. SuperSport made a couple of promising moves forward but their attack was easily dealt with by AmaZulu’s resolute backline.

Matsatsantsa A Pitori head coach Kaitano Tembo then decided to withdraw winger Gamphani Lungu and brought on the more experienced and under pressure Evans Rusike. The Zimbabwean international is in the final months of his contract with United and was told by club chief executive officer, Stanley Matthews, that he needs to start scoring goals if he wants his deal to be extended.

In this game, Rusike was tightly marked and did not contribute much as proceedings were dominated by Benni McCarthy’s side. The likes of Luvuyo Mamela and Mulenga were a thorn in the flesh of United’s rare guard consisting of Grant Kekana, Luke Fluers, Bhasera and Thatayaone Ditlhokwe.

Usuthu held on to their lead despite mounting pressure from The Spartans’ firing line as they have now won four of their last DStv Premiership games, meanwhile, SuperSport find themselves three points behind Masandawana and have played as many games more than Matsatsantsa A Pitori.