With Josef Zinnbauer facing an uncertain future at Pirates, here are some pointers that might save him his job. 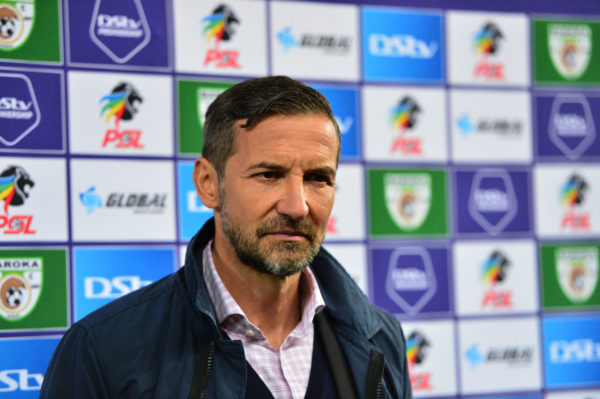 It’s been one of the most challenging seasons for DStv Premiership side Orlando Pirates, with the team’s coach Josef Zinnbauer under pressure from the start of the campaign to deliver.

Everything seemed to be going on a right path at the beginning, with the coach delivering the long awaited silverware the club has been missing for over six years by winning the MTN8 just after a year of his arrival.

With the German expected to give his report of the season to the management, it will be all about if he has done enough to convince everyone at the club to let him guide the Buccaneer for another season.

Here are some pointers Zinnbauer might put out for the management to keep him at the club:

The Buccaneers had a very great start into the season, with the club going on to win their first trophy since 2014. Zinnbauer was celebrated to ending the club’s trophy drought and much was expected from him.

Any coach at the helm of the two Soweto giants knows the importance of winning the Soweto derby. Josef Zinnbauer did this with ease, beating Chiefs in the first round of the league and twice in the two legged semi-finals of the MTN8.

Playing at the continental tournament means a lot to the Buccaneers, who are eager for their second star having won the Caf Champions League back in 1995. Making it to the last eight showed great potential, and with a proper planning and determination, the club can compete against the best teams in the continent.

4. Making the best out of the situation after injuries to key players

The team was dealt with many injuries, especially to influential players. The German had to improvise and make a plan like when all of his strikers were out. He was smart to play the likes of Deon Hotto as a makeshift striker and the Namibian delivered scoring a number of goals for the club.

5. Finishing the season inside the top three

It might have been season with the club lacking consistency, but at the end of the day, the managed to pull through. Josef Zinnbauer once again finished the campaign in third place which is quite good looking at the level of competition in the league and the troubles Pirates faced.