'As I said, from what I know, they are friends. But, maybe they have taken their friendship to the next level, you should ask him,' a source told Phakaaathi. 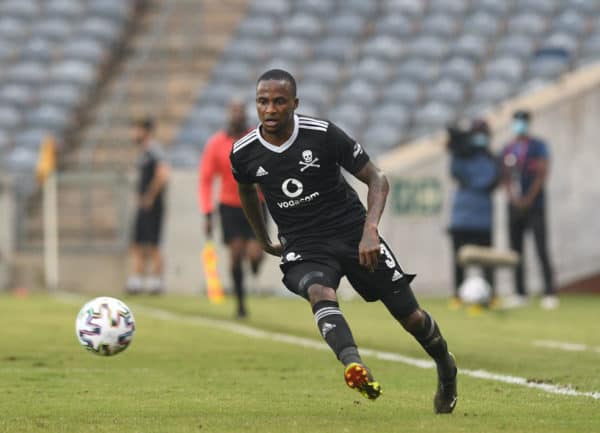 While many are still wondering about the on-field future of Orlando Pirates winger Thembinkosi Lorch, it seems like the star is not bothered at all, with his recent pictures on social media showing Lorch and actress Natasha Thahane taking pictures in Zanzibar, suggesting the two are a couple.

Even though the two didn’t post pictures together on their respective social media accounts, it can clearly be seen that they are at a same location at the same time.

In one of the pictures of Thahane, Lorch can be seen as the person taking the photo, with his image reflecting from the actresses sunglasses.

The pair have been trending over the weekend with many on social media praising the  ‘couple’, but a source close to the Bucs star was reluctant to confirm whether the player and the actress are indeed dating.

Had to check my investigative skills it is proven that Lorch and Natasha are seeing each other pic.twitter.com/gwpCrgXXbu

“Ai, social media is dangerous,” laughed the source. “You can go anywhere in the world and people will still be able to know your business. I don’t want to say they (Lorch and Natasha) are dating. Those people are friends. It’s off-season and he (Lorch) had a very tough season. You know he didn’t play a lot of games because he was injured for some time.”

“He went to Zanzibar because he wanted to unwind and take his mind off football for some time. As I said, from what I know, they are friends. But, maybe they have taken their friendship to the next level, you should ask him.”

Lorch’s stay at the Buccaneers has been reported to be uncertain with the Bafana Bafana winger said to be still eager for a move overseas.

The 27-years old Lorch played 24 games for the Buccaneers this past season, scoring four goals and grabbing five assists.