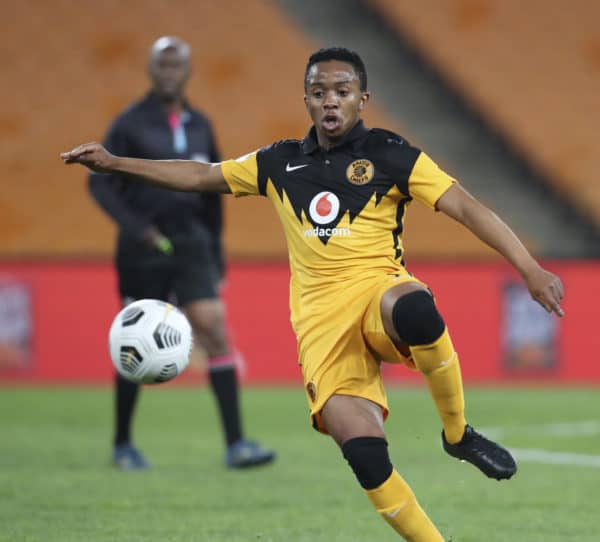 Nkosingiphile Ngcobo was one of the best young players in the 2020/21 Premier Soccer League season. Picture: Gavin Barker/BackpagePix.

This past season in the DStv Premiership saw a number of young stars making their mark in South African top flight football league, with incredibly promising careers in front of them.

There were a high number of young players thrown in the deep end by their respective teams, and they delivered … as they strove to make their names.

Phakaaathi takes a look at players who are are 21-years and younger, who have given their all this past season, which indicates a bright future should they remain grounded and consistent in their performances.

Since his promotion to the Amakhosi first team back in 2017, Ngcobo has showed a lot of potential. But it was this past campaign where he really made his mark, playing 39 games for the Glamour Boys and scoring four goals in the process. The midfielder has played a huge role in the Chiefs’ run to the Caf Champions League final, even though the club didn’t do so well in the domestic league.

A defensive midfielder with great vision, who covers a lot of ground on the pitch. Brooks has suddenly became one of the players to look out for in the future having played 12 games for the Rockets. In his first season in the PSL, he has already got a Bafana Bafana call-up when they played Uganda in an international friendly, which Bafana won 3-2. Brooks was also called up to the Bafana squad for the upcoming Cosafa Cup.

The centre back was called up to the senior team last December after the Buccaneers were hit by a lot of injuries. Sesane has adapted very well. He might have only played seven games, but he has showed glimpses of a player the Buccaneers can rest their hopes on going forward to help form a solid defensive line for Pirates.

The striker was nominated among the top three for the DStv Premiership Most Promising Player Award, eventually won by Evidence Makgopa. The striker has three goals and three assists to his name, having made 22 appearances for the Team of Choice. Like Brooks, he was part of the new Bafana Bafana coach Hugo Broos’ first squad announcement. He scored in the 3-2 win against Uganda on his debut.

Makgopa is already being deemed a future top striker for the South African senior national men’s team after scoring a brace in his debut against Uganda. He is is a development graduate at Baroka, bursting onto the scene with the first team in the latter half of the 2019/20 season. In his second season with Bakgaga the young striker managed to find the back of the net seven times and make three assists in the 29 games he played in, enough to win him the DStv Premiership Most Promising Player Award.

The young midfielder has long been predicted as one of the players to take the South African football by storm. Mkhuma is gifted player with some silky touches and dribbles. He is also good at taking free kicks having scored a lot in the reserve league.