No third stint at Kaizer Chiefs for former striker

“Knowledge Musona will play for Al Tai FC next season,” Anderlecht announced on their website. 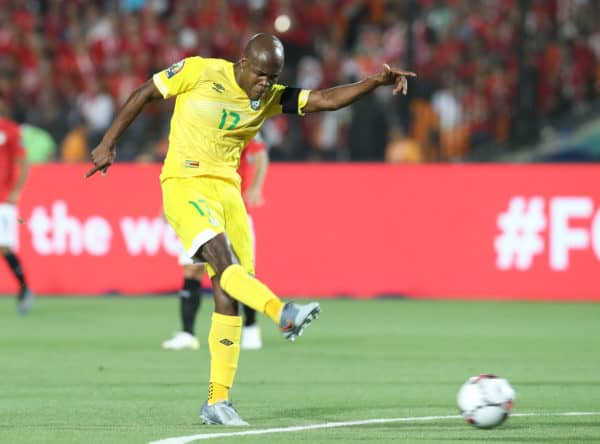 Knowledge Musona will not be joining Kaizer Chiefs for a third spell. Picture: Samuel Shivambu/BackpagePix.

Still much loved and appreciated by Kaizer Chiefs fans, former Amakhosi striker Knowledge Musona’s chances of a return to Amakhosi ended after his signing by Saudi Arabian club Al Tai FC on Tuesday.

The striker’s move to the Arab club was confirmed by his former team Anderlecht of Belgium in a statement this week.

“Knowledge Musona will play for Al Tai FC next season,” the Belgian club announced on their website.

“Musona (31) came over from Ostend in 2019. The last year and a half he was loaned to KAS Eupen, where he played 33 games and scored 9 times. Now he moves to Al-Tai FC, which just got promoted to the MBS League in Saudi Arabia.”

Al Tai were recently promoted to the Saudi Arabian top flight league after finishing last season in third place to get promotion.

Not only do Chiefs miss out on the Zimbabwean captain and goal-poacher, he was also linked with moves to Orlando Pirates and Mamelodi Sundowns.

But, it will be the Amakhosi supporters who feel much pain in missing out on one of their former top strikers, who had a very successful career at the Glamour Boys.

During his spell with Chiefs, the Zimbabwean international was the Premiership’s leading goal-scorer in the 2010/11 season, where he netted 15 goals for Amakhosi.

Known as the “Smiling Assasin”, the strikers first stint with Chiefs came in 2009 to 2011, before moving to Germany to join 1899 Hoffenheim. He returned to the Glamour Boys of Naturena in the 2013/14 season on loan from another German side FC Augsburg.

However, it doesn’t seem like there will be a third stint with Amakhosi for Musona, who is currently 31-years old.

Dube could be rested after last weekend’s mistakes, says Baxter
1 day ago
1 day ago

Dube could be rested after last weekend’s mistakes, says Baxter
1 day ago
1 day ago