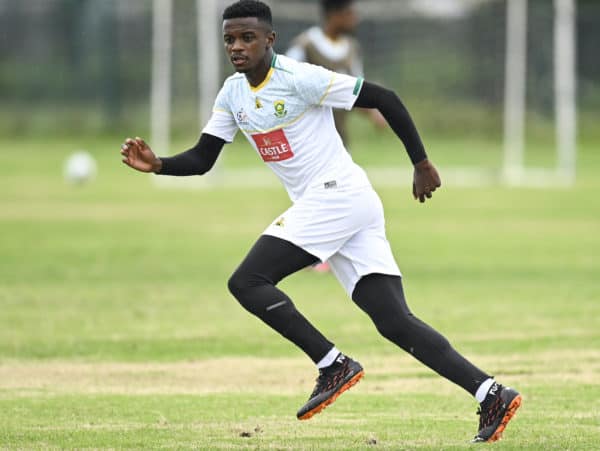 Teboho Mokoena would rather move overseas than join Mamelodi Sundowns or Kaizer Chiefs, and will wait until after the Tokyo Olympic Games before deciding on his future.

ALSO READ: Have SuperSport made a U-Turn on Kaitano Tembo?

Phakaaathi has previously reported that both Chiefs and Sundowns are interested in signing Mokoena and his SuperSport United midfielder partner Sipho Mbule.

Both players have excelled in central midfield for Matsatsantsa and are two of the hottest. young properties in the local game, with the pair expected to feature for South Africa in the Tokyo Olympic games, which start later this month.

“His primary ambition is to go overseas,” Mokoena’s agent Glyn Binkin told Phakaaathi on Friday, however.

Mokoena is part of David Notoane’s South African Under-23 side that are set to depart for Tokyo on July 8, with their first match at the Olympic men’s football tournament against Japan on July 22.

Phakaaathi understands that an 18-man squad was supposed to be submitted to South Africa’s Olympic Committee (SASCOC) by June 30, with overseas-based players like Lyle Foster and Luther Singh expect to be on the list, even though they were left off an initial squad list leaked last month.