OPINION: Can Chippa and Hunt really form a long-lasting relationship?

Chippa Mpengesi does not exactly have the best reputation when it comes to keeping coaches. 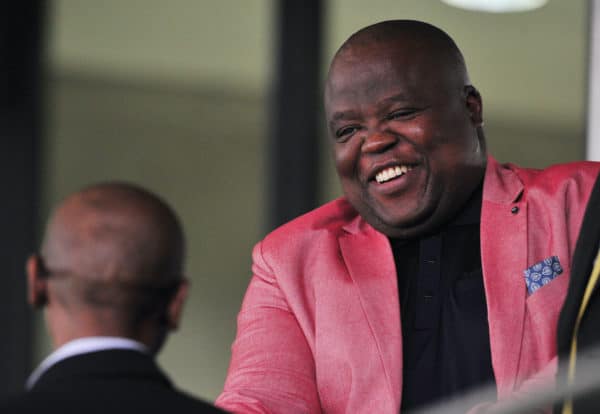 Chippa United chairman Chippa Mpengesi has insisted Gavin Hunt is in it for the long haul. Picture: Ryan Wilkisky/BackpagePix.

Chippa United have made all the right noises upon announcing Gavin Hunt as their new head coach, but can any long-suffering observer of this team really believe them?

“I welcome our coach‚ in fact he’s not a coach… he’s a manager‚” said club chairman Chippa Mpengesi, on the appointment of Hunt, whatever that means.

“Gavin Hunt is coming here more than to coach Chippa United. He is here to establish this organisation and assist the people of the Eastern Cape.

“I thank him for understanding the vision that we have here. He’s not here in vain‚ he’s going to make a difference and we’re going to support him as a team.

“As management we’re going to support you. We want our identity to change this year.”

The identity that Mpengesi is presumably referring to, is a tendency to hire and fire coaches at an absurd rate, to the extent that 13 head coaches have gone through the Chippa revolving door in the last five years.

Hunt comes with bags of experience, a proven track record of success and, apart from his most recent appointment at Kaizer Chiefs, a reputation for longevity at the clubs he coaches.

But how long will Mpengesi’s commitment to a new identity last if Hunt has the sort of start to his Chippa career that he had at Chiefs, where an awful campaign domestically eventually cost him his job?

So many good coaches have come and gone at Chippa without lasting a single season, and the simple fact is that the pressure of results is such that if Hunt can’t find a winning formula in the early days, the likelihood is he will be sacked, whatever lip-service Mpengesi is currently paying to his new appointment.

This tendency to hire and fire coaches is somewhat understandable in a results-based business, where dropping down a league can be financially disastrous for teams. On the other hand, there are plenty of Chippa coaches who can point to the fact that they simply were not give enough of a chance to show what they can do.

Will Hunt really be afforded the patience of Mr Mpengesi, or are we likely to see the trigger pulled again if there is a run of poor results at the start of the season. One has to suspect the latter.

Pirates need to build a winning momentum – Mabaso
1 day ago
1 day ago
PREMIUM!

Gavin's Chippa hunting for points against Pirates
2 days ago
2 days ago
PREMIUM!

Pirates need to build a winning momentum – Mabaso
1 day ago
1 day ago
PREMIUM!

Gavin's Chippa hunting for points against Pirates
2 days ago
2 days ago
PREMIUM!