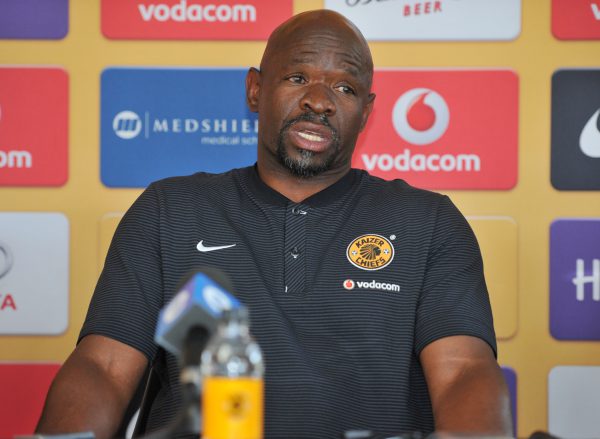 Baroka are currently joint top with Golden Arrows after six matches and Komphela is aware that this was no fluke.

Kgoloko Thobejane’s side have been good in attack and should prove difficult for Amakhosi to keep at bay especially with Willard Katsande out with suspension.

“Each team has its own way of doing things,” said Komphela on Bakgaga’s style of play. “They are full of energy and are unpredictable and that is how you win matches. But we are ready.”

Komphela said Bakgaga deserve respect for the good job they have done so far.

Thobejane – who is often ridiculed on social media for his antics during TV interviews – has guided his team to three wins and three draws in six matches so far.

Thobejane has repeatedly said his team have learnt from their mistakes last season and insists they are gunning for the league title this time around.

“They haven’t changed much in their style. They have a lot of good players. You have to give them respect,” said Komphela.

Thobejane now has former Chiefs legend and assistant coach Doctor Khumalo as part of his technical team and Komphela said that could work well for them.

“His influence is clear. I think Doctor will have a detailed report for them on how we play and who we are and how we are,” said the 50-year-old mentor.

Amakhosi striker Gustavo Paez, meanwhile, said his confidence is up and he is looking forward to adding six or seven more to the three goals he scored before the December break.

“It is possible but it all depends on the team creating the chances and me taking them. I don’t know, I think I can score six or seven goals before December.

“We know Baroka are a very fast team, similar to (Golden) Arrows. They are very quick on the counter.

“We have to make defence our principal duty and take our chances,” said Paez.