Platinum Stars coach Roger de Sa admits that Dikwena are facing difficult times as they find themselves rooted at the bottom of the Absa Premiership log. 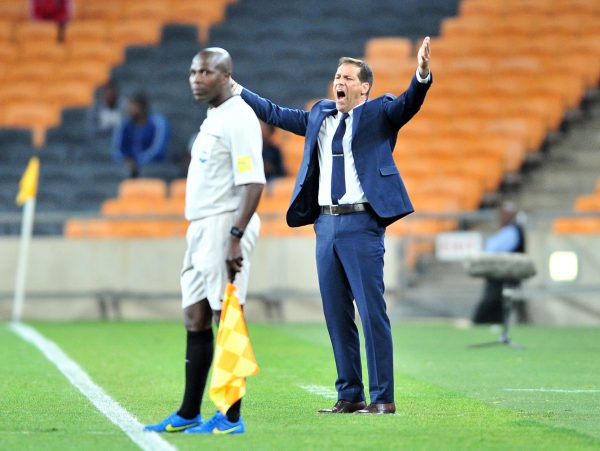 The Phokeng-based outfit are yet to register a win in eight games. De Sa, however, believes that the team is not playing badly, but results are not just coming their way.

“I am in a tough position, it is no lie and we are in a tough position as a team. We can’t just look at the results. As a coach you have to analyse the whole game, moment by moment, because sometimes the results don’t come,” said the Dikwena coach following their 1-1 draw with Orlando Pirates at the FNB Stadium on Wednesday.

“We have lost by an odd goal, we have given away the draws with a penalty and conceded in the 94th minute, but we are always in the game. It does not matter who we play, I have been here since the SuperSport United game, they beat us 2-0. And to be honest, up until the last 10 minutes it was tight and it could have gone either way. And all the games have been like that.”

The Stars coach believes that they will turn things around at some stage.

“We believe that is it going to turn, it is just the matter of keep on working, doing the right things, making fewer mistakes and get a bit of confidence.”