It was hard to leave Cosmos – Mntambo 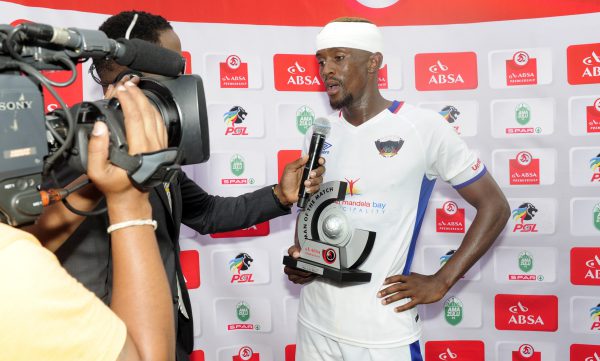 “Leaving Cosmos… eish. It is still surreal for me. It still feels like I was here to play this one game and then go back to Cosmos. It hurt me that they lost on Saturday. I felt like I should have done something to avert that defeat,” said Mntambo on Monday.

Ezenkosi clearly missed Mntambo and his midfield partner, Mxolisi Macuphu who were sold to the Chilli Boys earlier this month when they lost 1-0 to Real Kings which allowed Highlands to widen the gap to five points.

“Things looked good for us this season and we were trailing Highlands Park by two points. I was leading the team and the guys looked up to me as an experienced player in the side. Looking at it from that point, it was a bad move looking at where the team was and how we were performing.

“But he (Jomo Sono) wasn’t selfish and he wanted to allow us to grow because we have been loyal to him and his team. When we were relegated two seasons ago, we had offers from other teams but we decided to stay with him and try and get the team back to the big league. Even when that didn’t happen in the first season we still stayed.

“Mr Sono is a father to me. We have an open relationship and it will never end no matter where I play. I called him this morning and he told me that he had mixed feelings last weekend as he had lost but was happy that I played well and scored on my debut.”

Mntambo gave a sterling display in his debut for the Chilli Boys, helping them to a 2-0 win over AmaZulu on Sunday afternoon – scoring two marvellous goals.

“Scoring goals goes with confidence. I felt confident and to me it was just a normal game and I have been scoring in the NFD. I was not just taking a shot and hoping for the best. I knew where the keeper was and picked a spot and put it where he could never get to it,”he said of his first goal which was a well taken shot.

The 28-year-old said having Macuphu at Chippa has made the transition a little more bearable for him.

“We were welcomed well in the team and that made it easy to settle in. And having Mxolisi was an added advantage because we know each other from long ago. He knows how I play and I know his moves. In the second goal he is the one who provided the assist,” said Mntambo.

Read the amazing story of how Mntambo left a job at a factory to follow his soccer dream on Phakaaathi inside The Citizen on Tuesday.