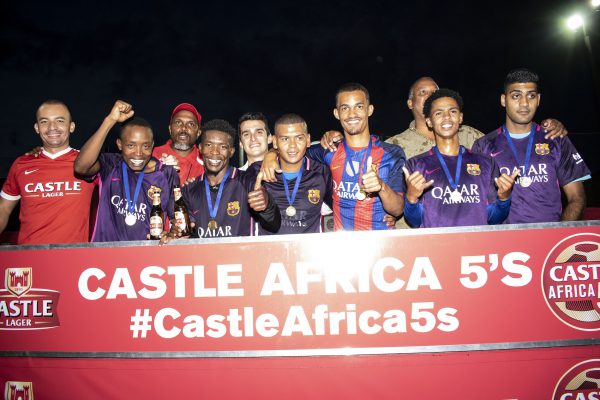 Milanos will now represent South Africa in the continental champions to be played in Zambia from May 24-28 in Lusaka, Zambia.

Milanos, who will be mentored by former Kaizer Chiefs goalkeeper Brian Baloyi will go up against winning teams from Lesotho, Zimbabwe, Zambia, Swaziland and Tanzania.

The team’s captain Brandon Morris says everyone is excited about winning the tournament and they are looking forward to representing the country well in Zambia.

“We have been working very in the last few weeks preparing for this tournament, we are happy to have won and that we will be representing the country at the continental finals, it is really a huge privilege and we want to make everyone proud of us,” said Morris.

Baloyi, meanwhile, says he will help the team in different ways to make sure that they prepare for the competition.

“It is a huge stage, I just have to be there for them as a big brother and guide them. Looking at the way they played, you could tell that they have the experience of playing five-a-side football,” said Baloyi.

Winners of the continental showpiece will walk away with an all-expense paid trip to the 2018 Fifa World Cup in Russia where they will be hosted by the competition’s ambassador Samuel Eto’o.