SuperSport United and Bafana Bafana winger Aubrey Modiba says the future of the senior national team looks bright with the youngsters coming up. 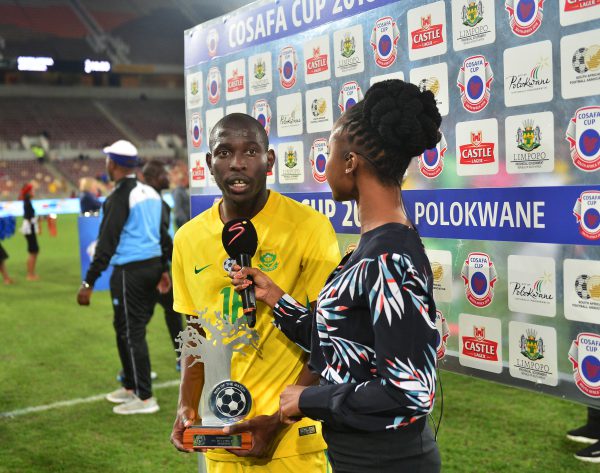 The 22-year-old was part of coach Stuart Baxter’s youthful Bafana Bafana team that competed in the recent Cosafa Cup and went on to be crowned plate champions following a 3-0 win over Botswana – after getting knocked out of the quarterfinals of the main competition by Madagascar, losing 4-3 on penalties.

“The future looks great with the team that we have right now. You can see that the players that are here are playing week in, week out in their respective teams and it is good to see youngsters given a chance to showcase their talent,” said Modiba.

“I just hope we get more youngsters so that we can put the country where it is supposed to be. I was happy with the squad and I hope to see more youngsters coming through.”

The winger added that the competition was good for the players and they gained a lot of experience which they will be able to use going forward.

“Experience-wise, it was important for us to get to know each other and experience the senior national team.

“Most of the players here gained a lot of experience and they can only take that forward because no one can take away that experience.”

The Limpopo-born player was named man of the match in their victory over Botswana and scored one of the team’s three goals. He says it was good to be scoring in the presence of his entire family.

“It feels great, I remember I was praying before the start of the game and God has provided.

“I am thankful and happy to be on the score sheet again, which is what I love doing,” he added.

“I just want to take the positives from this game and move forward. It just feels good scoring because also my mom was there, and the entire family, watching from the stands.”