Banyana star Motlhalo in the dark about new club 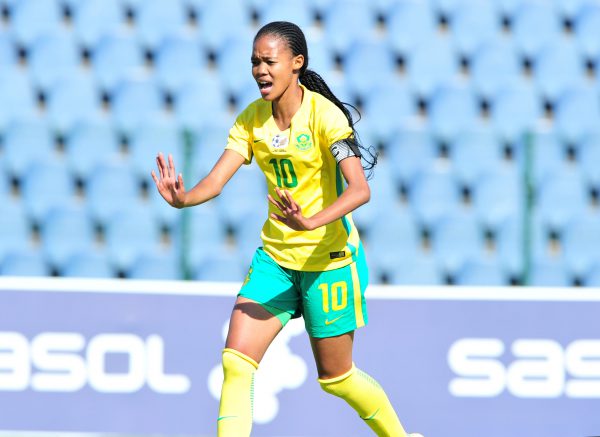 Motlhalo signed with the Asian outfit along with Banyana teammate Thembi Kgatlana after both players parted ways with US-based side Houston Dash.

“I don’t know much about the club, but I have played with some of my teammates in the Olympic Games in Rio in 2016,” Motlhalo told Safa.net.

“I have spoken to my new coach and he has suggested that when I start with them, based on what he has seen and believes, he would like me to play more as a second striker as he sees me to be more influential in that position – and I was happy with that because I am a kind of player that when thrown to any position I take it. At Houston Dash I played as defensive midfielder and I enjoyed that role.”

Motlhalo is currently with the senior national team for the Cyprus Women’s Cup and they will be playing against Finland on Wednesday.