“We played with two youth players today, Azola and Sam had a top game. But it’s important that they both come down (to earth)," said the Pirates coach on the two youngsters. 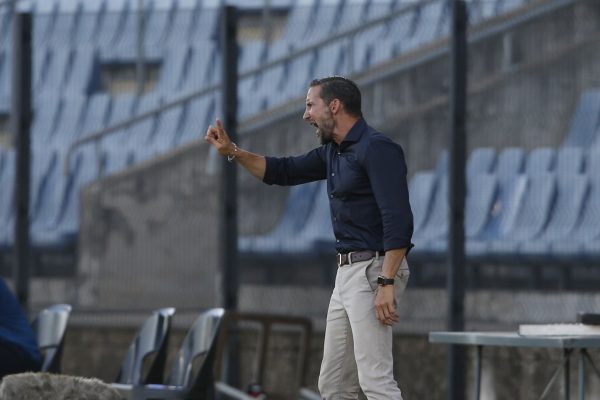 Orlando Pirates coach Josef Zinnbauer has warned two of his young players, Azola Tshobeni and Bongani Sam, not to become big-headed after the pair played a vital role in Orlando Pirates’ 1-0 victory over Maritzburg United at the Harry Gwala Stadium last weekend.

Debutant Tshobeni, who is 18-years old started in midfield for the Buccaneers, and the 23-year old Sam was at left-wing back.

While Sam has been with Pirates for some time, Zinnbauer says this was the first time since his coaching tenure started at Bucs that Sam was available to play for the entire game.

The pair put in a very good shift and chances are they could be in the starting line-up when Pirates host TS Galaxy at the Orlando Stadium on Tuesday.

“We played with two young players today, Azola and Sam had a top game. But it’s important that they both come down (to earth), they don’t take a high flight (become big headed) … then we will see what happens in the next game,” said the Pirates coach on the two youngsters.

“We said it before that all players will give us a good performance. What is important for us as coaches is we follow the tactics. What we need in a plan for what we need in the game. That is always important. Azola understands what we want, Sam as well. He was always available, but this is the first time in my time at the club that he has been available for 90 minutes. It was not possible before. I hope he makes a good recovery and Azola too, then we will see what happens in the next game.”

Zinnbauer and his charges haven’t been consistent in terms of getting positive results in the last few weeks.

They will be aiming to make it two wins in a row as they look to catch up with the likes of Mamelodi Sundowns, Moroka Swallows and SuperSport United.

But, Bucs are coming against a rejuvenated Galaxy team under the guidance of Owen da Gama.

The Rockets claimed a 3-0 victory over the very same Team of Choice in their last game and they will be fresher with the club having not been in action over the weekend.

Pirates go into this tie sitting in fifth place on the league table with 21 points, while Galaxy are striving to get out of the relegation zone as they find themselves occupying 13th place with 11 points.