The clash was full of entertainment and a number of goal scoring opportunities from both ends. 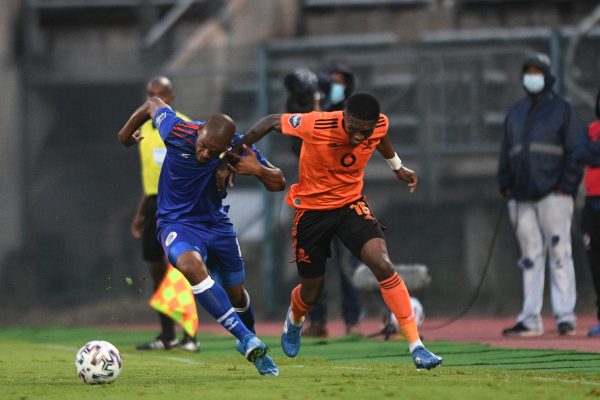 It was another entertaining clash with goal scoring chances, but unfortunately it ended 1-1 as SuperSport United and Orlando Pirates shared the spoils at Lucas Moripe Stadium on Wednesday.

However, the clash was full of entertainment and a number of goal scoring opportunities from both ends.

But, it was Pirates who probably had the better of the chances, particularly in the second half.

The result saw Bucs concede a goal for the very first time in their last last four games in all competitions.

Bucs had a good start, as the visitors were able to find the back of the net in 10 minutes into the game through Vincent Pule. Matsatsantsa went on to look for an equaliser, but their efforts counted for nothing with the DStv Premiership goalscorer Bradley Grobler being denied a sniff at goals.

But Bucs were dealt a major blow when key player Thembinkosi Lorch had to leave the game early after an injury. However, Lorch’s loss didn’t really destabilize the side.

The Buccaneers went in search for the second goal, but the home side also had chances of their own.

The game went on to present a number of goal-scoring opportunities, but none of the sides were able to find the back of the net going into half-time.

In the second half, SuperSport had a set-piece just outside the box. But midfielder Teboho Mokoena was unfortunate to be off target just one minute after the half hour mark.

In the 67th minute, SuperSport had their breakthrough when Ghampani Lungu’s attempted shot was put into the back of the net by Ben Motshwari.

Pirates almost got a late goal through Deon Hotto, but United’s youngster Luke Fleuers cleared the ball off the line with Ronwen Williams well beaten.