Papic is credited with putting together the most exciting Orlando Pirates team in recent years during his stint at the Soweto giants between 2004 and 2006. 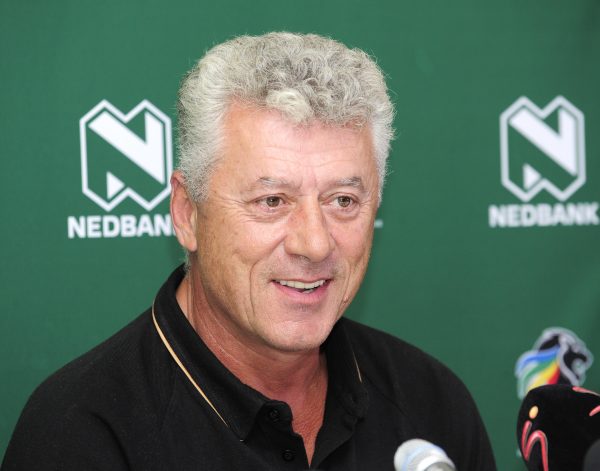 Serbian coach, Kostadin Papic is known for bringing a positive vibe with him wherever he is and that seems to have happened at Black Leopards where he was introduced as technical director last week.

Papic is credited with putting together the most exciting Orlando Pirates team in recent years during his stint at the Soweto giants between 2004 and 2006.

Some of his former players have previously said he makes coming to training and playing under him enjoyable with his fatherly approach that allows players to express themselves both verbally and physically.

Leopards’ stand in coach, Lehlohonolo Seema also admitted that Papic’s presence at Lidoda Duvha has brought some excitement and change.

The Limpopo side were a positively different side as they put Golden Arrows to the sword, beating them 2-1 in a DStv Premiership match on Tuesday.

“Coach Papic came and we are working nicely with him… We work together in training and I am happy to have him around, there’s no confusion at all. He’s going to be the coach, leading me and coach Morgan (Shivambu). We will just have to learn from him,” said Seema this week.

“We are not looking to be head coach at the moment, we need to learn and make sure Black Leopards get points and move away from relegation. We will take one game at a time,” added the former Chippa United mentor.

It is something that excites Seema that they have found the key to unlock the team’s potential and get them going like they did in Durban.

“The energy was been there, against this tough Arrows team there’s a lot of teams that came here and never took three points away. I’m happy for the players.

“We had a local boy Matsimbi, what a performance he had, you couldn’t tell that it was his debut game. It shows that the signs were there in our previous games, it’s just that we did what we couldn’t do against Baroka FC on Sunday.

“We played and scored goals, which is something we were not doing in the past games. I’m happy for the guys, they can have a little bit of a breather. They are human, they are family people. It was tough for them but they stuck together,” said Seema.