‘Forgotten’ Vilakazi returns at the right time for Sundowns

The former Bidvest Wits captain was part of the 20-man squad that beat TP Mazembe 1-0 in the Champions League last Tuesday. 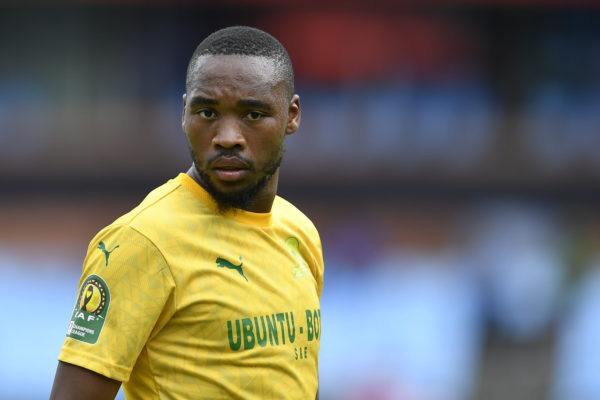 When one plays for a star-studded team like Mamelodi Sundowns, it becomes easier to be forgotten and fall into the shadows of stars that are shining brighter at the time.

Sibusiso Vilakazi is one such player who has not been missed much by Masandawana as he has been nursing injuries for most part of this season while his teammates have held the fort and helped Downs go on a 25-game unbeaten run.

“Vila” as he is affectionately known, is now fit and ready to take to the pitch and his coach, Manqoba Mngqithi says the 31-year-old could not have returned at a better time.

“We respect that we have got players like “Vila” who can come in at the right time and help the team,” said Mngqithi.

The former Bidvest Wits captain was part of the 20-man squad that beat TP Mazembe 1-0 in the Champions League last Tuesday as they secured their place in the quarterfinal of the continental showpiece.

“We have him in the team because we know the quality that he presents. We just lost Kermit Erasmus (through ankle injury) now so there might be a need to have somebody up top who can also retain possession, hold play and give us direction and establish play from. We also need more cover for Themba Zwane, Gaston Sirino and Lesedi Kapinga who is also injured to make sure that we also have sufficient creative players within our team,” said Mngqithi.

Downs have also welcomed back striker Mauricio Affonso, who has been out for over a year following a string of injuries.

“We have confidence in what we have in the pipeline but what is more important is that we cannot be content when “Mshishi” or Gaston are doing well, it is always important that if something happens we have a plan. That is why we have Gift Motupa coming up. We are looking forward to re-launching players like those.”