Five-time title-holders TP Mazembe from the Democratic Republic of Congo were eliminated from the CAF Champions League Friday after losing 2-0 at Chabab Belouizdad of Algeria. 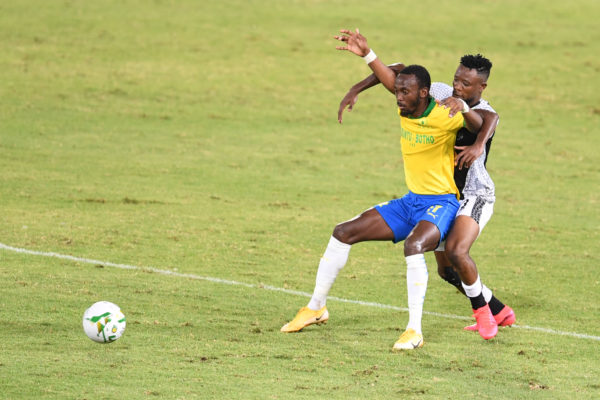 The visitors were undone by goals from substitutes Amir Sayoud and Youcef Bechou in the dying minutes with Ahmed Gasmi, who also came off the bench in the second half, creating both.

Gasmi crossed for Sayoud to sneak between two defenders and nod past Malian goalkeeper Ibrahim Mounkoro on 84 minutes at an empty July 5 Stadium in Algiers because of the coronavirus pandemic.

Belouizdad struck again two minutes later as the strength of Gasmi took him past two defenders and his cutback was tapped in by unmarked Bechou.

Defeat left Mazembe, who have won 11 CAF competitions altogether, bottom of Group B with just two points with one round remaining and they cannot finish among the top two and qualify for the quarter-finals.

Mazembe were quarter-finalists twice and semi-finalists once in the past three seasons and most pundits expected the Ravens to at least make the last eight again in this campaign.

They faced Belouizdad with a weakened side as Ivorians Sylvain Gbohouo and Christian Koffi, Guinean Moustapha Kouyate, Ugandan Joseph Ochaya and Tanzanian Thomas Ulimwengu did not return in time from Africa Cup of Nations duties.

Victory for Belouizdad came after a run of only one win in 11 matches, leading to the resignation of French coach Franck Dumas this week.

Algerians Slimane Raho and Karim Bakhti were put in temporary charge of a club playing in the Champions League for only the fourth time and never progressed beyond the group stage.

In the same section, already-qualified Mamelodi Sundowns of South Africa surrendered the last perfect record among the 16 group participants when held 0-0 by Al Hilal of Sudan in Omdurman.

Hilal struck the woodwork twice at the same stadium where Sudan defeated South Africa last Sunday and deprived them of a place at the 2021 Africa Cup of Nations in Cameroon.

Sundowns have 13 points, Belouizdad six, Hilal four and Mazembe two ahead of the final group matches next Friday.

Belouizdad have a tough final fixture, away to Sundowns in Pretoria, but even a loss will not prevent them taking the second qualifying place unless Hilal defeat Mazembe in Lubumbashi.

Sundowns, Wydad Casablanca of Morocco and Esperance of Tunisia have reached the quarter-finals and Simba of Tanzania, defending champions Al Ahly of Egypt and Mouloudia Alger of Algeria could join them Saturday.