OPINION: Sundowns are not the only team with good players Mr Notoane

Phakaaathi writer Tshepo Ntsoelengoe does not think David Notoane was fair in his selection for the Olympics preliminary squad. 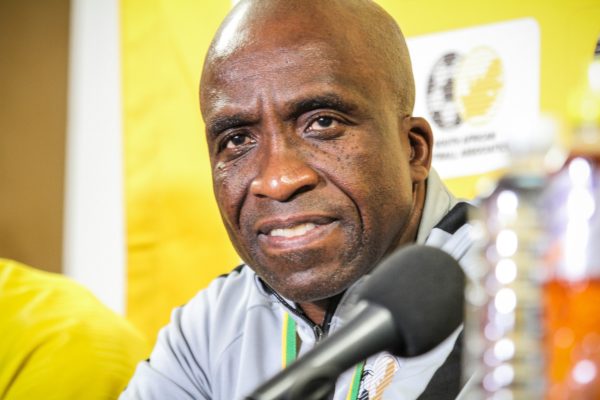 As I look closer and closer into the South African Under-23 40-man preliminary squad for the Tokyo Olympics, I start asking myself a lot of questions about coach David Notoane, on whether he is that loyal to Mamelodi Sundowns, or either it’s a matter of Downs players being talented than all players in the country.

I don’t want to leave no stones unturned here and I will get straight to the point, I don’t think Notoane was fair in his selection for the Olympics preliminary squad.

There are seven Sundowns players in this squad, and when I look at all these players, I believe there were much better players he could have chosen while leaving out some of the Brazilians in that squad. Well, there are Downs players who really don’t deserve to be in the team.

But, senior players like Mosa Lebusa and Thapelo Morena should have been left out, he decided to select goalkeeper Ricardo Goss, while the shot-stopper has only made five appearances for Sundowns this season. Why did he overlook Veli Mothwa of AmaZulu? Mothwa is having one of the best seasons in his career and he certainly deserves a Bafana call-up, never-mind the Under-23 selection.

Notoane should have not chosen with his heart, because I believe that’s what he did. Then comes the omission Kaizer Chiefs midfielder Njabulo Blom issue…How do you leave out a 21-year old who is playing senior football week in and week out?

Blom has more game time than a lot of some of the players selected in this preliminary squad and has been playing well for Chiefs both in the domestic league and the continent. There is no way that any other coach would have been blinded by Blom’s performances, but it seems like Notoane is blinded.

Sure, I know this is not the final squad and he did mention that there is still room for other players to find themselves in the final squad. But come’n, time is not our side and there won’t be enough time to gel newcomers with the rest of the squad and there has to be proper preparation. Let the best players play for the national Under-23, not just Sundowns players.