The Buccaneers couldn’t fight their way back into the game after an early goal by Masilake Phohlongo gave Galaxy the lead in the first half. 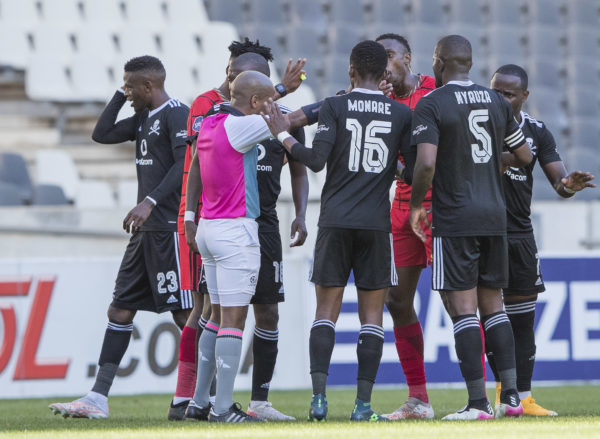 ﻿Orlando Pirates failed to increase their chances of finishing the season in second place after they were beaten 1-0 by TS Galaxy with both teams finishing the game with one man short at the Mbombela Stadium on Sunday.

The Buccaneers couldn’t fight their way back into the game after an early goal by Masilake Phohlongo gave Galaxy the lead in the first half.

The result is not good for Pirates, who are aiming for a second place finish. Bucs, had one game in hand to come closer to second placed AmaZulu, who are on 50 points after 28 games.

Pirates remain in position four on the log with 46 points, four points behind Usuthu.

Galaxy, meanwhile, jumped into eighth spot on the log with the club on 38 points from 28 games as well.
A positive start by Galaxy saw the Rockets get an early goal through Masilake Phohlongo header in the third minute after Lindokuhle Mbatha’s attempt hit the cross-bar.

The home side almost extended their lead in the 15th minute when Tshegofatso Nyama used his strength to dribble past the Pirates defence before unleashing a shot, but it went across the face of goals.

Nothing seemed to be working out for the Buccaneers with their play not so convincing. But they almost responded in the 27th minute after a Vincent Pule cross met up with Gabadinho Mhango, but the striker was surrounded by a number of Galaxy players and his shot hit the side net.

Three minutes later, Pirates were reduced to 10 men after Abel Mabaso received a red card for his second booking in the game.

Just before half time, it was even stevens in terms of players on the field after Galaxy captain Given Msimango saw red as well following his second yellow card in the game.

Josef Zinnbauer brought in influential winger Deon Hotto in the second half in their search for an equaliser. The Namibian almost made a mark with only 10 minutes into the game after setting-up Mhango for a one on one, but the striker was denied by the Rockets keeper Marlon Heugh.

As the game went on, Bucs looked like they could get an equaliser as they added their attack with an introduction of Thembinkosi Lorch, but couldn’t get their attempts on target.

Galaxy, at the other end, got a glorious opportunity to extend their lead from a counter attack in the 74thminute. But Mlungsi Mbunjana fluffed the chance failing to set-up a teammate with a pass. But Galaxy ending up walking away with full points.