‘Not for sale’: Maritzburg United respond to club sale talks 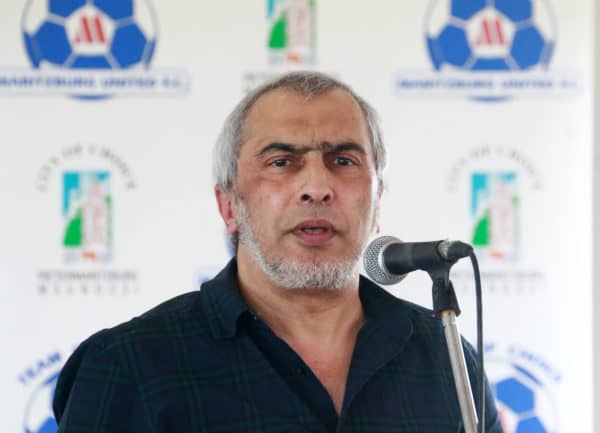 Chairman Farook Kadodia has dismissed reports that the club is up for sale. (Photo by Anesh Debiky/Gallo Images)

Maritzburg United chairman Farook Kadodia has finally responded to reports that the club is up for sale.

This comes after reports emerged that the Pietermaritzburg-based outfit will be sold and these rumours were further fuelled by the club’s decision to sell some of their star players like Thabiso Kutumela during the current transfer period.

Kadodia says these reports are from the truth.

“Recent media reports claiming we are looking to sell the club are not true, or have been twisted. This has the potential to create instability and therefore we would like to make it clear that’s it’s business as usual for us – the team has already been hard at work for several weeks preparing for the 2021/22 season.”

The Team of Choice playing staff reported back for pre-season two weeks ago and preparations under head coach Ernst Middendorp and his technical team are in full swing.

Meanwhile, as reported earlier, Mamelodi Sundowns can safely say they are ready for the new season following the capture of Thabiso Kutumela from Maritzburg United, who put pen to paper on Friday afternoon, tying hisself to the Brazilians on a five-year deal.

ALSO READ: I was unfairly criticised at Chiefs and Sundowns – Manqele

In an undisclosed transfer fee – as is always the case in South African football – Kutumela joins becomes the fifth player to join the Brazilians after Grant Kekana, Neo Maema, Devine Lunga and Pavol Safranko.

His move to Sundowns is understood to have been sealed earlier this week as Team of Choice chairman Farouk Kadodia never had a problem to sell one his prized players, all that was stalling the deal was the negotiations of personal terms.