"There's a player that will come from South Africa. It's not Lorch or Sirino but the player will come," said Mosimane. 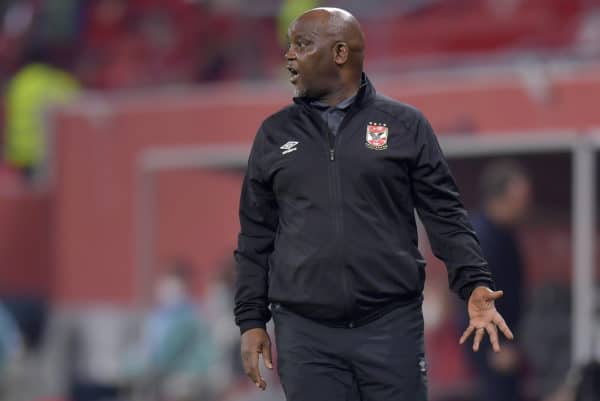 Al Ahly coach Pitso Mosimane has revealed that the African champions will sign a player based in South Africa.

The Egyptian giants have been linked Gaston Sirino and Thembisnkosi Lorch, but Mosimane says it’s not one of them that is on his way to Al Ahly.

“There’s a player that will come from South Africa. It’s not Lorch or Sirino but the player will come. He’s not from my former team because I don’t want to touch those players because they take me to court,” Mosimane told SAFM.

“I’d like a South African player to come here, but I don’t want to ruffle feathers. I want to do it the right way. You know what happened with Sirino. They said I’m stripping my former team (Mamelodi Sundowns), even though Ahly wanted him before I came here,” he added.

Meanwhile, according to a report from GOAL, Simba SC have confirmed that Al Ahly have approached the club to sign their star man Luis Miquissone, who is also believed to be a target of Kaizer Chiefs .

“It is true Al Ahly have approached us [Simba] for the services of Miquissone, in fact, they have come twice, the first one we did not take it seriously but the second one, we feel they are indeed keen to sign the player,” an unnamed official a source as quoted by the website.

“Mosimane has listed him [Miquissone] down as one of his prime targets and as Simba officials, we are discussing the matter, we want to meet again and talk after our FA Cup final against rivals Yanga SC on Sunday.

“Something to note also is the fact that Chiefs have also enquired about the player, but they did it once and never came back, they promised to return but we have not heard from them again.

“As it stands, he might go, the second offer looks good for Simba, and it is good because we can get a replacement and also save some money, we will look at it when we are done with the final of the domestic cup.”