Sekgota not letting happiness around his Chiefs debut cloud him

Sekgota and a few other of Chiefs’ new players played their first games in the Amakhosi colours in the Carling Cup on Sunday. 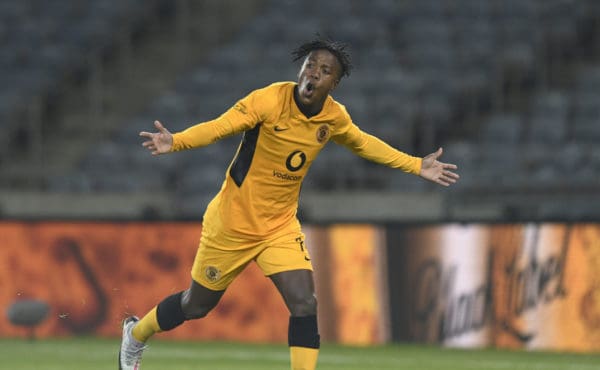 New Kaizer Chiefs midfielder, Kgaogelo Sekgota says the excitement emanating from his performance in his first game last weekend is only inspiring him to do more.

Sekgota and a few other of Chiefs’ new players played their first games in the Amakhosi colours in the Carling Cup on Sunday.

The 24-year-old came on in the second half and almost scored with what was technically his first touch. He curled a free kick from the left side of the Orlando Pirates box. But he found Richard Ofori in a non charitable mood.

But his overall performance was good and he influenced the game in a positive way and went on to score the winning penalty in the shootout after the game had ended in a goalless draw.

“They are very excited for me,” said Sekgota of his family and friends who have been congratulating him on his debut performance. “(But) I have to adapt to the excitement and focus on the work. It is a huge achievement for me as a player (signing for Chiefs). It is a big club, with good, experienced players around and I am ready to work,” added the winger.

It may just have been what is called a plastic cup that Amakhosi won on Sunday, but what gave their supporters hope of better things to come was the performance on the day. The team showed signs of moving in the right direction. Sekgota says what is left now is for them to work hard to bring back the glory days to Naturena.

The Seshego, Limpopo born player left South Africa when he was just 18-years-old to join FC Stumbras Kaunas in Lithuania in 2016. He later moved to Vitoria Setubal in Portugal before returning to South Africa.

Sekgota has played at Bidvest Wits and Swallows before making a dream move to the Naturena side.

“I have realised that Chiefs is one of the biggest teams in South Africa and Africa. The most important thing is hard work and dedication to the club to give them good results. To the fans, I would like to say there are more good things coming,” he said.