“I think maybe the guys who are being signed are not the right players for the team," says Modabi. 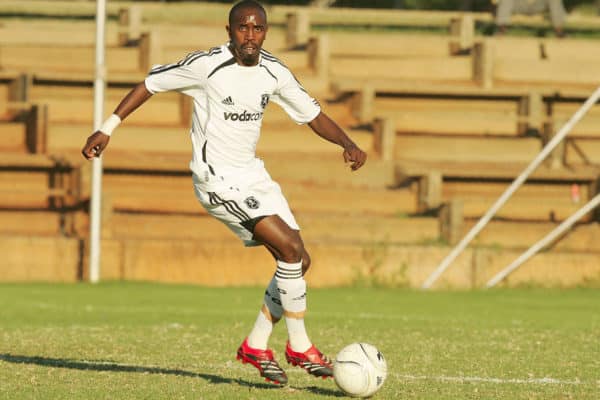 Orlando Pirates unconvincing start to the season has raised a lot of questions, with former midfielder at the club Gerald Modabi questioning the type of players in the Bucs squad, if whether they are the club’s material.

In the past few years, Pirates have made quite a number of signings in their quest to build a formidable team, but results have not been forthcoming.

It was last season when things got better as the club ended their six-year trophy drought after winning the MTN8, but the Bucs ship wasn’t sailing smoothly for the rest of the campaign with a number of disappointing results.

Once again this season, Pirates have brought in some new faces with their recent acquisitions being Nigerian defender Olisa Ndah and Ghanaian striker Kwame Peprah to bolster the squad. But they have only collected two points from their opening two matches of the season, something they will be eager to change when they host neighbours Swallows FC in a DStv Premiership clash at the Orlando Stadium on Saturday.

“I think maybe the guys who are being signed are not the right players for the team. And now, with a club like Pirates, you will always find the supporters saying this player is not the club’s material because they know what kind of a player you have to be to fit in at Pirates,” said Modabi, who has also played for SuperSport United, Jomo Cosmos, Dynamos to mention a few.

“If you check at the past players, they were streetwise footballers like Teboho Moloi, Botsotso Makhanya, Joseph Makhanya, Gift Leremi, Benedict Vilakazi and even the Zambian, Perry Mutapa. People might say, like me, he didn’t play 40 games back to back, but he was in that mold of a Pirates material. Not players who need the chairman to visit the club’s training facilities now and again to make sure that everything is okay (motivated to play well).”

Going into this game against Swallows, the Buccaneers will certainly be looking for revenge against the Birds, with Swallows being the reason why they can’t defend their Wafa Wafa title after beating Pirates 2-1 in the quarter-finals of the tournament.