Dolly and Billiat are very much ball-playing attackers, while Nurkovic has a physical presence. 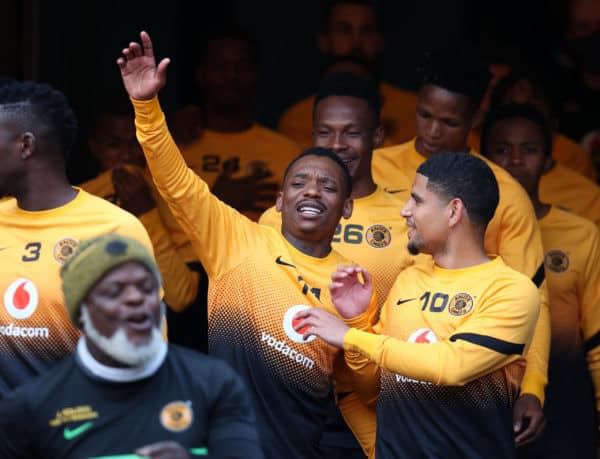 Kaizer Chiefs coach Stuart Baxter says he still has belief in a front three of Keagan Dolly, Khama Billiat and Samir Nurkovic, even though Amakhosi failed to hit the back of the net in a 2-0 DStv Premiership defeat to Mamelodi Sundowns on Sunday.

Dolly lashed a volley just over the bar, and Nurkovic missed a header in front of an open goal, while substitute Lebo Manyama came off the bench and missed a late penalty, while Sundowns were more clinical, and in the end, fairly comfortably wrapped up the three points.

Dolly and Billiat are very much ball-playing attackers, while Nurkovic has a physical presence, but for now, the Serbian is misfiring. It is, indeed, a fairly long-standing malaise, with Nurkovic netting only three goals in the whole of last season, after a fantastic 2019/20 campaign in an Amakhosi shirt.

“If you want Samir to join the short passing game, and have an immediate first touch, the way Khama and Keagan perform, I doubt,” said Baxter.

“But what Samir does gives us a very good foil for the shorter players. We played Khama as a nine, and when he moves into a false nine, Samir moves into his position and becomes the nine. That is how we got into so many goal-scoring positions. I think they are a good complement (for each other) and that is why I am disappointed one of the front three didn’t score on Sunday.”

Baxter, meanwhile, also explained his decision to play young Bruce Bvuma in goal against Sundowns, with Itumeleng Khune not in the Chiefs squad.

“Bruce played on Sunday and if all the keepers are equal we will think about the future as well. If we don’t get a definite advantage using others, we will select what we believe is a long-term choice for Chiefs,” said Baxter.