Ajax and Arrows seeking a win

Golden Arrows will get their Absa Premiership campaign going again after their scheduled match with Maritzburg United over the weekend was postponed due to the death of Mondli Cele. 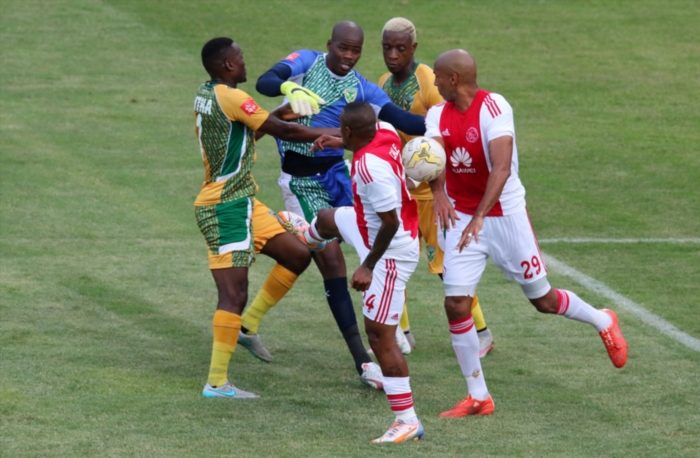 The KwaZulu-Natal team travel to Cape Town for a clash with Ajax at the Athlone Stadium, making it their second meeting in just two weeks following their 1-1 draw at the King Zwelithini Stadium.

Andile Fikizolo got the opening goal for Arrows in the 18th minute in that encounter, but a minute later, Franklin Cale equalised for the Cape side which saw the teams sharing the spoils.

Arrows under the guidance of Clinton Larsen have proven to be a very solid side and are determined to get positive results. But, their good run of form into the New Year was blown away after losing 2-0 to Chippa United in the previous match.

They have recorded important victories against Polokwane City, Free State Stars 1-0 and 3-1 respectively, just before the first round clash with Ajax.

At Ajax, the story of unfavourable results continues for Roger de Sa’s men. Things are not looking well for the Urban Warriors, just when they thought they have turned things around for themselves after beating Jomo Cosmos 2-1 in their third league game of the year. De Sa’s youthful Ajax team were handed a 3-1 beating by Chippa United in their previous game.

It remains to be a struggle for the Urban Warriors to get back to the beginning of the season form, which saw a host of football pundits and fans praising their energetic and fast display in the pitch.

It is no secret that the club is going through a rough patch and have resorted to veteran striker Nathan Paulse to get back of the net for them. The lanky striker is the club’s top goal scorer with seven goals to his name.

Meanwhile, Abafana Bes’thende might be boosted by the arrival of defender Musa Bilankulu who was let go by Bloemfontein Celtic. The defender has been reported to be training with Arrows and a deal is on the cards for him after his proposed move to the Team of Choice fell through.